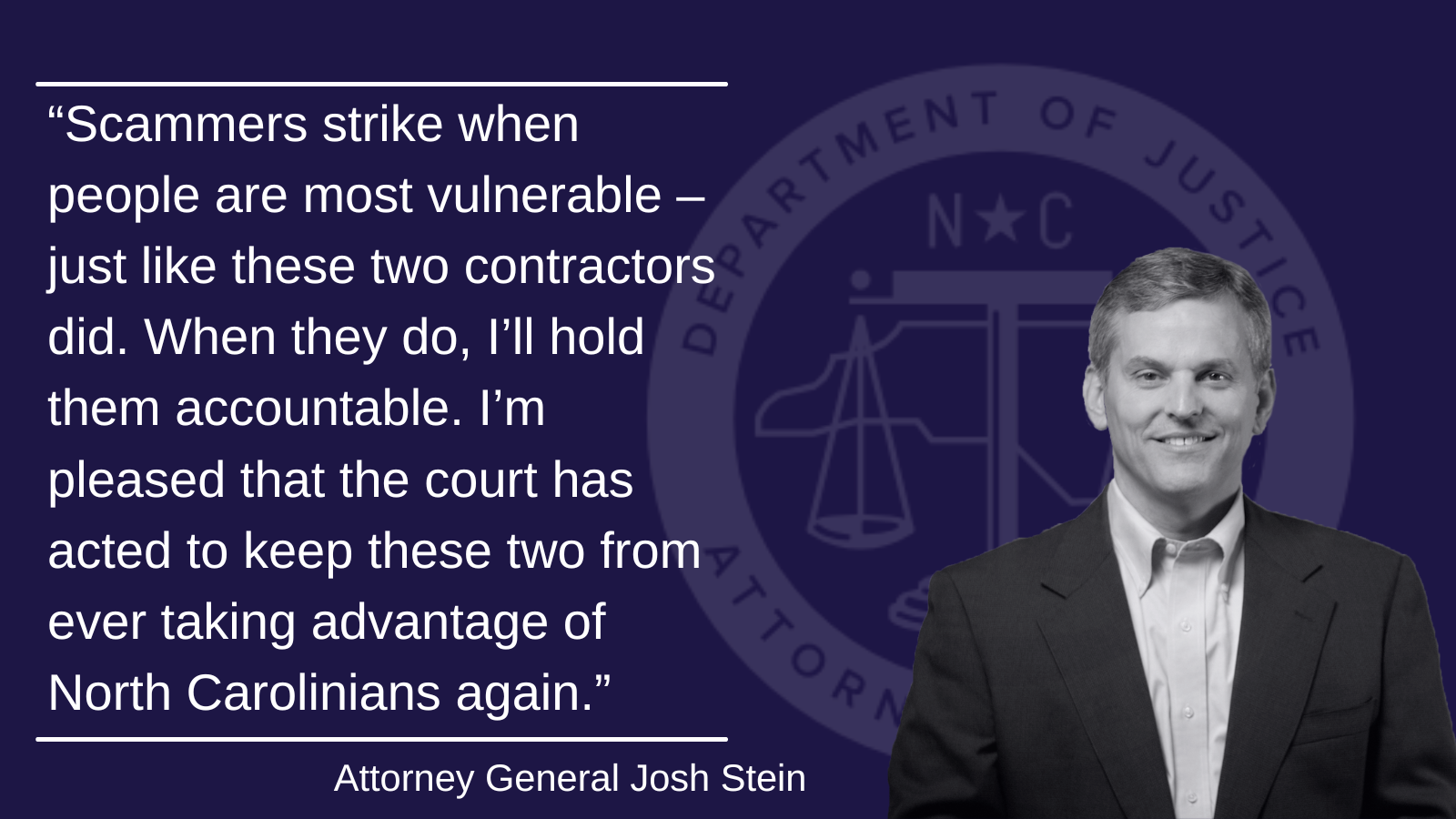 “Scammers strike when people are most vulnerable – just like these two contractors did,” said Attorney General Josh Stein. “When they do, I’ll hold them accountable. I’m pleased that the court has acted to keep these two from ever taking advantage of North Carolinians again.”

Attorney General Stein won a default judgment against Dennis L. Daugherty, Jr., his Illinois-based company Green Lantern Services LLC, and his North Carolina-based company Green Lantern Roofing and Restoration LLC, for defrauding North Carolinians who hired the defendants to repair damage caused by Hurricane Florence in 2018. Green Lantern representatives came to eastern North Carolina after the hurricane and went door to door, falsely claiming the business had a contractor’s license. Representatives also falsely claimed to have dozens of laborers ready to do the work and demanded advance payment, often inducing victims to sign over their insurance claim proceeds at the outset. Green Lantern ultimately did minimal, shoddy work, didn’t pay subcontractors, and abandoned the work and left homeowners in the lurch; Daugherty promised to refund monies to victims but failed to do so. The defendants must pay $260,829 in restitution and $45,000 in civil penalties and are permanently banned from doing contracting work in North Carolina.

Attorney General Stein also won a default judgment permanently banning Triangle-area contractor Jorge Alberto Garcia, his company JH Home Improvements Inc., and his wife Helen Smith Flores from doing contracting and home repair work in North Carolina. Garcia targeted and manipulated elderly homeowners into hiring him to perform unnecessary home repairs and improvements. This work was rarely completed and the contracts were vague and misleading. When consumers complained to him, Garcia threatened to abandon the work. He also borrowed money from some victims and failed to pay back most of these loans.