Robocalls are intrusive and unwelcome disruptions to all our lives. At best, they are annoying distractions that rob people of a few seconds of their day – seconds that add up over time. At worst, they scam hard-working people out of their life savings. In 2020 alone, North Carolinians reported more than 10,000 robocalls to our office. These illegal robocalls are a scourge, and Attorney General Josh Stein is fighting to protect North Carolinians from robocallers and robocall scams.

The next time you receive a call from someone you don’t know or from a number you don’t recognize, follow these tips to avoid being scammed: 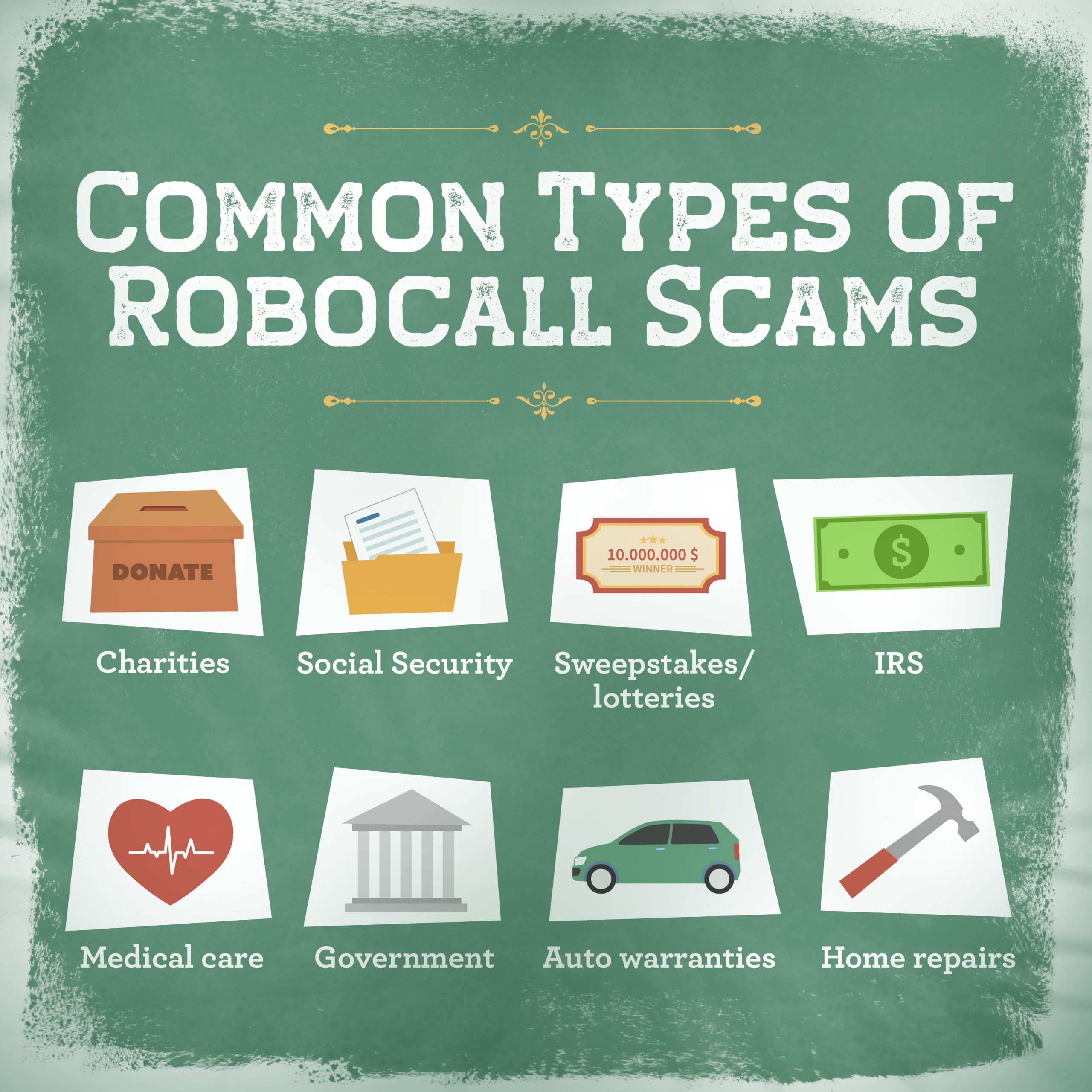 Attorney General Josh Stein is leading the fight nationwide to stop the scourge of robocalls.

In 2020, he launched the Robocall Report Task Force as a part of Operation Silver Shield, a larger effort to confront scammers and fraudsters who seek to harm older North Carolinians. This task force works with both public and private actors to advance bipartisan legislation, trace the source of illegal robocalls, and more. 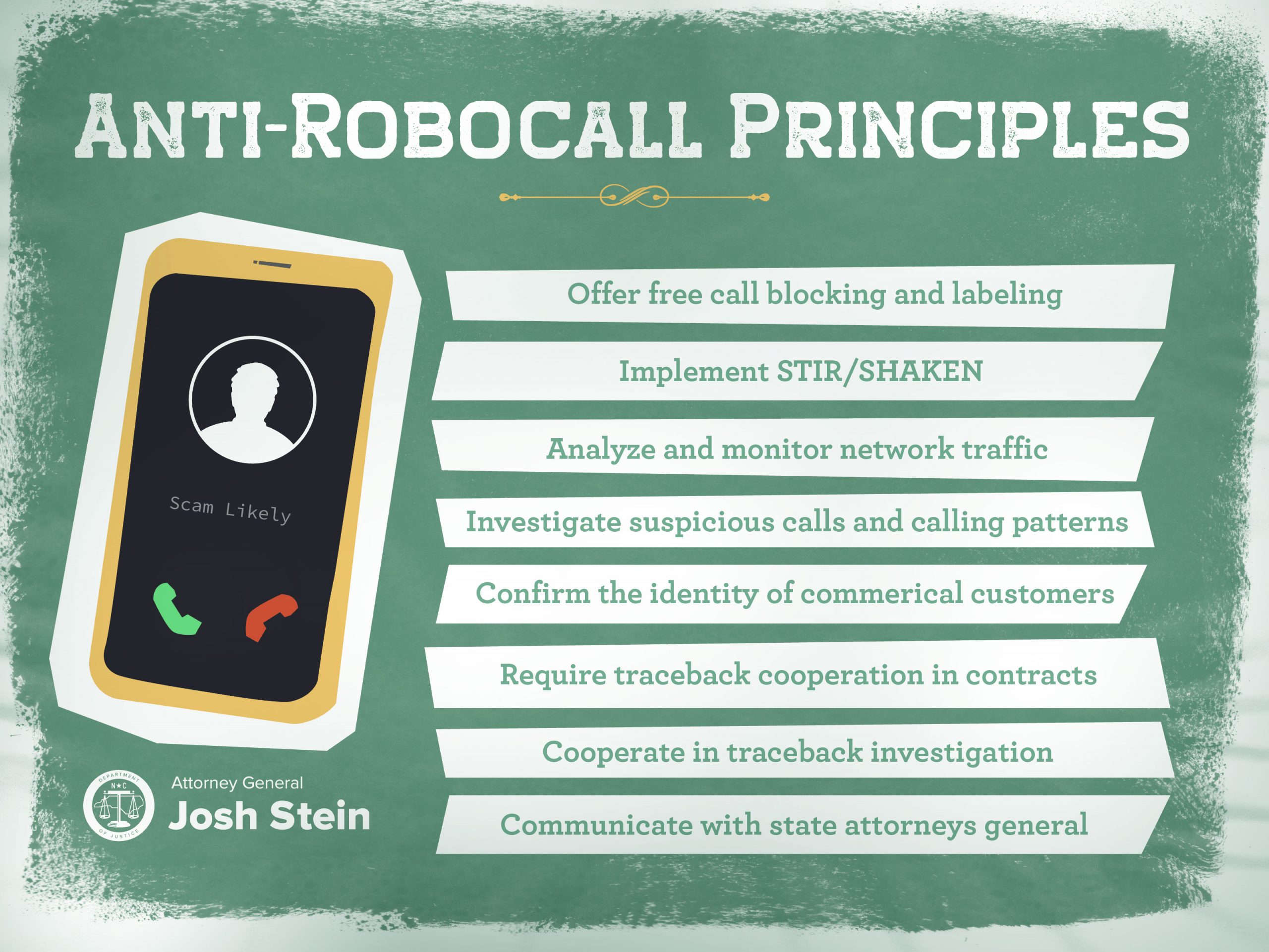 Attorney General Stein led 15 major phone companies and attorney generals from all 50 states and Washington, D.C. to create and adopt the Anti-Robocall Principles in 2019. The Principles utilize prevention and enforcement tactics to combat robocalls. These tactics include implementing call-blocking technology at the network level and providing additional blocking tools at no cost to customers. This massive bipartisan, private/public agreement was an important step to help protect phone users from being defrauded by illegal robocalls and made it easier to identify and prosecute those behind the illegal calls. Click here to view your phone service provider’s progress on implementing these principles.

An important part of the Anti-Robocall Principles is the implementation of a critical technology called STIR/SHAKEN, a set of standards that phone companies use to verify that the number and caller ID information appearing on your phone is accurate, so that you can start to trust your caller ID again! The FCC has set June 30, 2021, as the deadline for most providers to implement this technology. Phone users who get their phone service over internet or broadband, rather than traditional phone lines, can expect the number of spoofed calls they receive to dramatically decline upon the implementation of STIR/SHAKEN this year.

In 2020, Attorney General Josh Stein reached a $210 million settlement with Dish Network for violating do-not-call laws. North Carolina received $13,986,000—the largest penalty ever obtained in the state over do-not-call violations—and most of it will go to benefit North Carolina’s public schools.

He also filed a complaint against Texan robocallers for harassing North Carolinians with 75 million robocalls in 2019 and 2020.