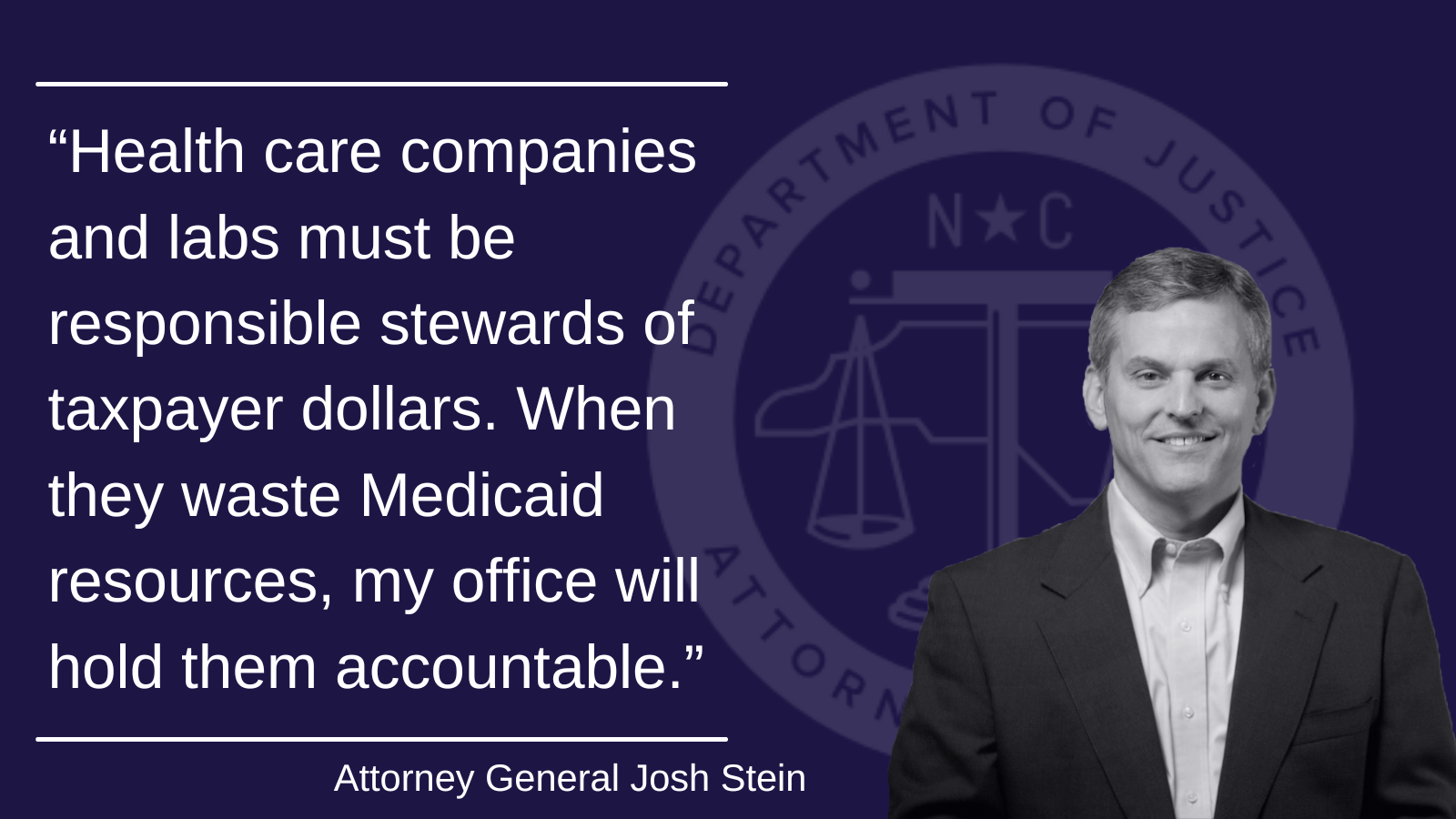 “Health care companies and labs must be responsible stewards of taxpayer dollars,” said Attorney General Josh Stein. “When they waste Medicaid resources, my office will hold them accountable.”

Between Jan. 1, 2016, and Sept. 30, 2021, Radeas allegedly offered health care providers the option to order two types of urine drug tests at the same time. A presumptive drug test detects the general presence of a substance and a definitive drug test determines the precise amounts of a substance. Radeas then performed both tests on the same sample. However, performing both tests at the same time is not medically necessary, and definitive drug tests are generally performed at a later time after a presumptive drug test has been completed. Radeas allegedly conducted both tests simultaneously without supporting clinical documentation and in violation of Medicaid policy and was reimbursed for Medicaid funds that it was not entitled to.

The civil claims resolved by settlement here are allegations only, and there has been no judicial determination or admission of liability.

The Attorney General’s MID investigates and prosecutes health care providers that defraud the Medicaid program, patient abuse of Medicaid recipients, patient abuse of any patient in facilities that receive Medicaid funding, and misappropriation of any patients’ private funds in nursing homes that receive Medicaid funding. To date, the MID has recovered more than $1 billion in restitution and penalties for North Carolina. To report Medicaid fraud or patient abuse in North Carolina, call the MID at 919-881-2320. The MID receives 75 percent of its funding from the U.S. Department of Health and Human Services under a grant award totaling $6,106,236 for Federal fiscal year (FY) 2022. The remaining 25 percent, totaling $2,035,412 for FY 2022, is funded by the State of North Carolina.