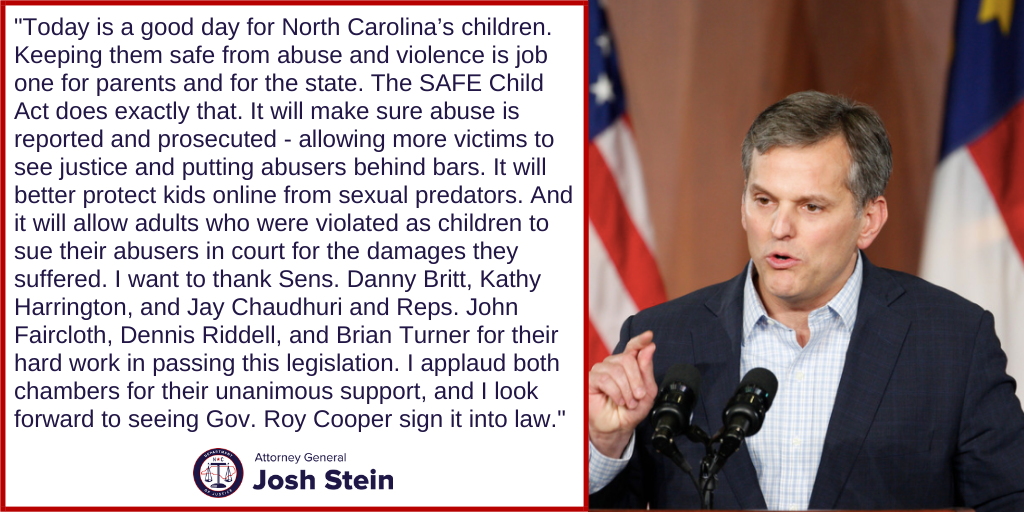 “Today is a good day for North Carolina’s children. Keeping them safe from abuse and violence is job one for parents and for the state. The SAFE Child Act does exactly that. It will make sure abuse is reported and prosecuted – allowing more victims to see justice and putting abusers behind bars. It will better protect kids online from sexual predators. And it will allow adults who were violated as children to sue their abusers in court for the damages they suffered. I want to thank Sens. Danny Britt, Kathy Harrington, and Jay Chaudhuri and Reps. John Faircloth, Dennis Riddell, and Brian Turner for their hard work in passing this legislation. I applaud both chambers for their unanimous support, and I look forward to seeing Gov. Roy Cooper sign it into law.”