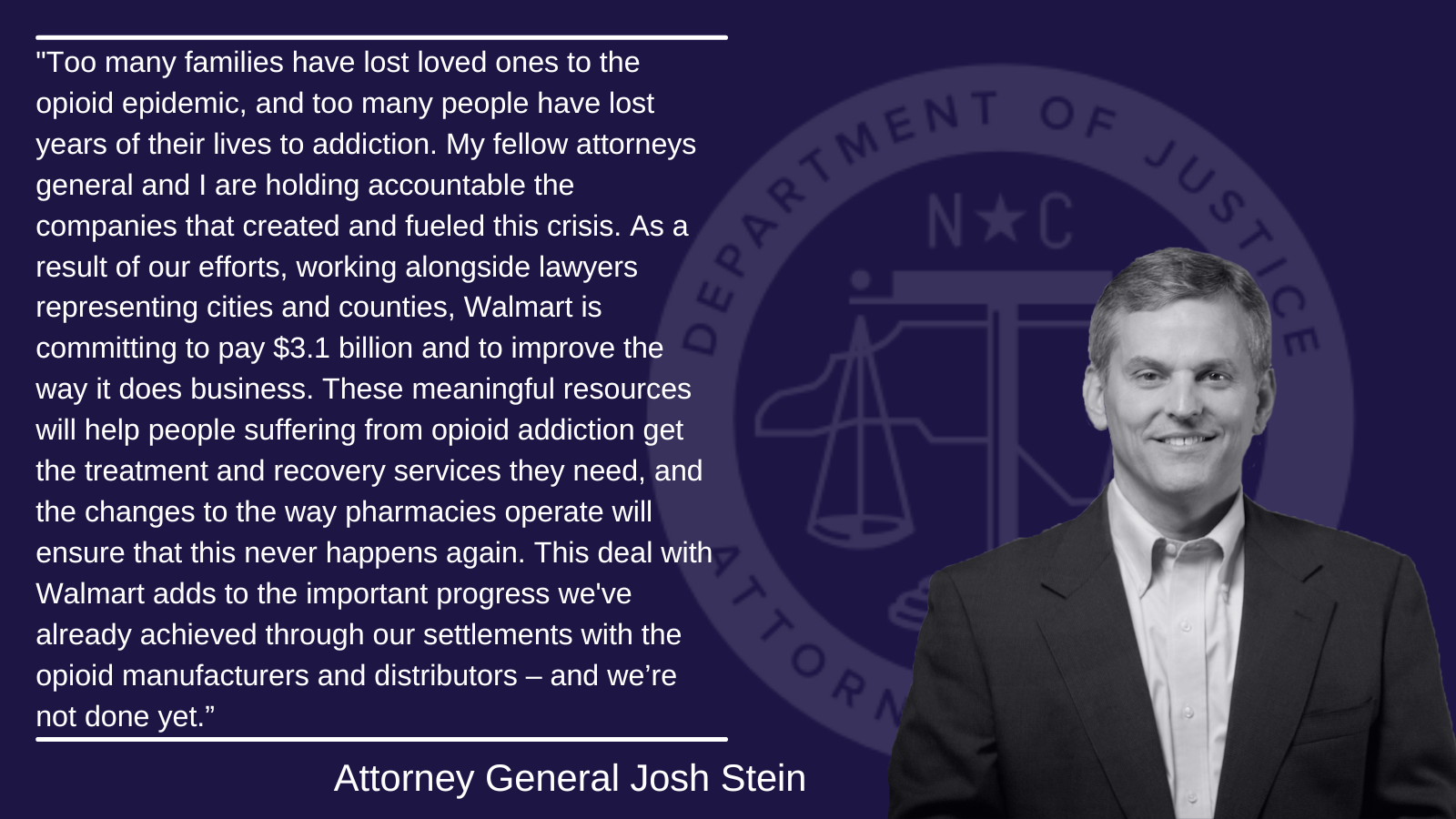 (RALEIGH) Attorney General Josh Stein today announced that he has reached a settlement with Walmart to resolve allegations that the company contributed to the opioid addiction crisis by failing to appropriately oversee the dispensing of opioids at its stores. The settlement will provide more than $3 billion nationally and will require significant improvements in how Walmart’s pharmacies handle opioids. State attorneys general on the executive committee, attorneys representing local governments, and Walmart have agreed to this settlement, and it is now being sent to other states for review and approval.

“Too many families have lost loved ones to the opioid epidemic, and too many people have lost years of their lives to addiction,” said Attorney General Josh Stein. “My fellow attorneys general and I are holding accountable the companies that created and fueled this crisis. As a result of our efforts, working alongside lawyers representing cities and counties, Walmart is committing to pay $3.1 billion and to improve the way it does business. These meaningful resources will help people suffering from opioid addiction get the treatment and recovery services they need, and the changes to the way pharmacies operate will ensure that this never happens again. This deal with Walmart adds to the important progress we’ve already achieved through our settlements with the opioid manufacturers and distributors – and we’re not done yet.”

The settlement will include:

The parties are optimistic that the settlement will gain support of the required 43 states by the end of 2022, allowing local governments to join the deal during the first quarter of 2023. Further details about how the money will be distributed will be forthcoming. Last month, states confirmed that promising negotiations were also underway with Walgreens and CVS. The parties continue their efforts to achieve those agreements.