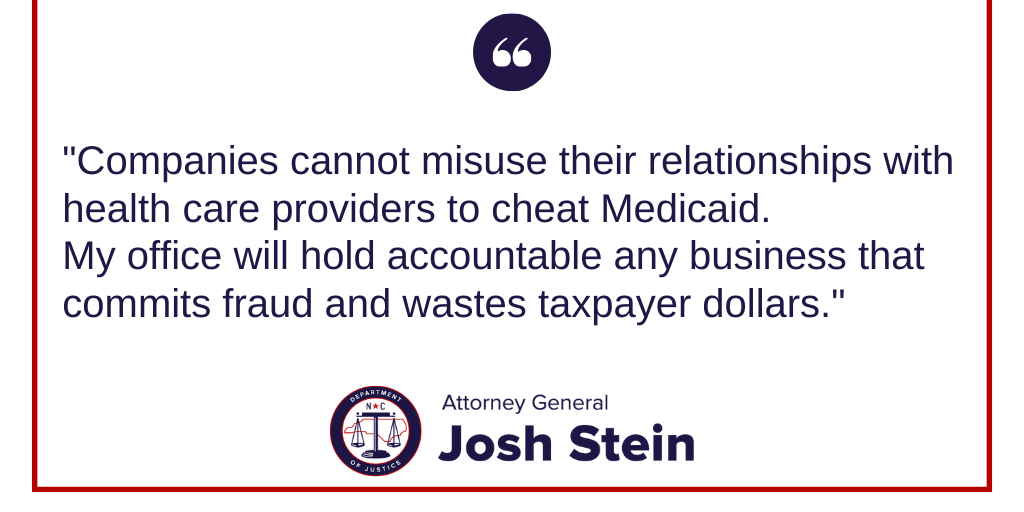 ResMed manufactures and sells positive airway pressure machines, masks, and other supplies designed to treat or diagnose sleep-related respiratory disorders or for home sleep tests. The company allegedly had unlawful agreements with suppliers, sleep laboratories, physicians, and other health care providers that caused the submission of false Medicaid claims involving the sale or rental of its equipment or the performance of sleep tests.

The investigation and prosecution of this case was conducted by a National Association of Medicaid Fraud Control Units team in conjunction with the U.S. Department of Justice and United States attorney’s offices in California and South Carolina. The team included representatives for Attorney General Stein and the Attorneys General of California, Florida, Nevada, and Washington. The North Carolina settlement agreement was reached by the Medicaid Investigations Division of the North Carolina Department of Justice and the North Carolina Division of Health Benefits.

Attorney General Stein’s Column: Give wisely to those in need – not scammers | January 2020 »
« Attorney General Josh Stein Shares the Top 10 Consumer Complaints in 2019