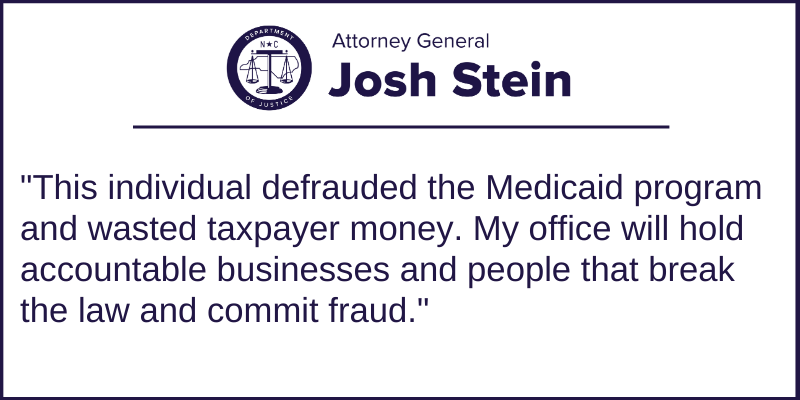 “This individual defrauded the Medicaid program and wasted taxpayer money,” said Attorney General Josh Stein. “My office will hold accountable businesses and people that break the law and commit fraud.”

From July 28, 2018 to October 26, 2018, Jones submitted false time sheets to her employer, Xeon Home Health Care Services, indicating that she had provided medical services to a Medicaid recipient in Wayne County, when in fact she had not. Based on these false time sheets Jones submitted, Xeon submitted fraudulent billing claims to the North Carolina Medicaid program and paid Jones for services she did not provide. Xeon has reimbursed the Medicaid program for the financial loss caused by these false claims, and Jones has been ordered to pay $1,373.67 in restitution to Xeon.

This conviction was obtained in collaboration with Matthew J. Delbridge, District Attorney for Prosecutorial District 9.