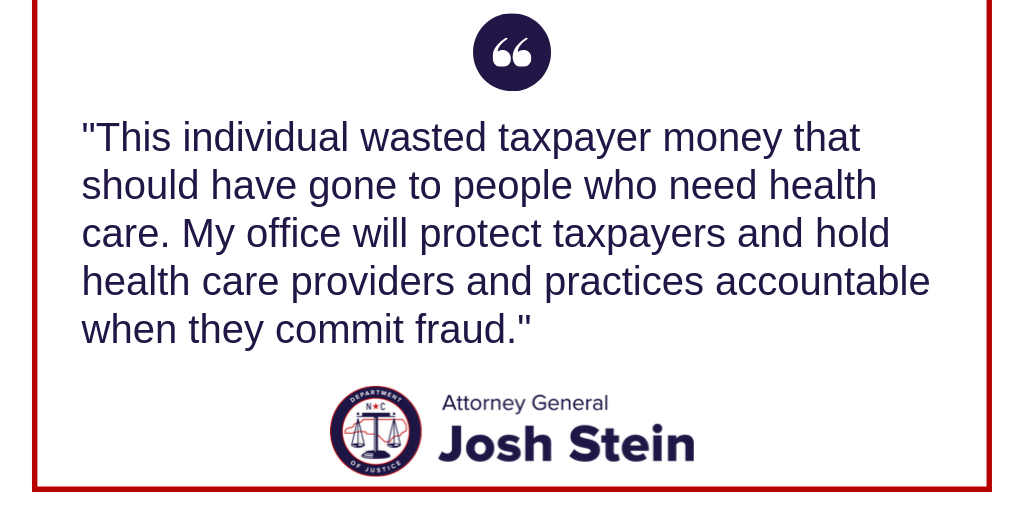 “This individual wasted taxpayer money that should have gone to people who need health care,” said Attorney General Josh Stein. “My office will protect taxpayers and hold health care providers and practices accountable when they commit fraud.”

Faulkner owned Skeen Services Inc., a company that offered behavioral health services to Medicaid recipients, and conspired with another individual, Renee Christine Borunda, to submit fraudulent Medicaid claims. Often, Faulkner provided Borunda with the names of clients for this purpose. In 2013 and 2014, Borunda submitted fraudulent claims to Medicaid for services that had never been provided for approximately 200 different Medicaid recipients from Beaufort, Greene, Guilford, Lenoir, Mecklenburg, Pitt, and Wilson Counties. Faulkner and Borunda had agreed to split the monies received for these claims, which totaled approximately $213,927 from the Medicaid program.

Borunda, who had submitted false Medicaid claims on behalf of another company in addition to Skeen, previously pleaded guilty to conspiracy to commit health fraud and aggravated identity theft, and was sentenced in November to 37 months in federal prison followed by three years of supervised release.

The investigation and prosecution of this case was handled by the United States Attorney’s Office for the Eastern District of North Carolina and MID.