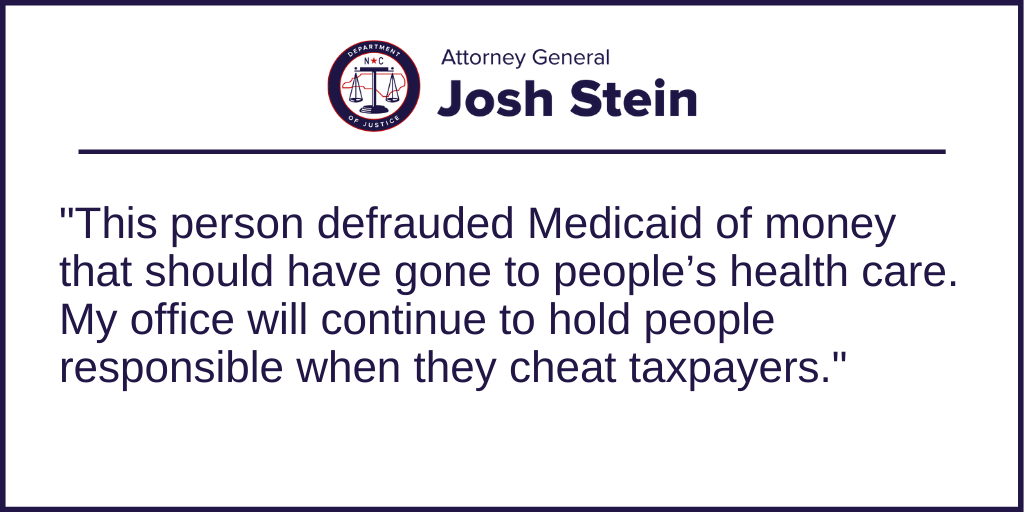 (RALEIGH) Attorney General Josh Stein today announced that Andrea Monique Purnell, formerly of Sanford and previously known as Andrea Boatman Hall, was sentenced to 24 months in prison and three years of supervised release and was ordered to pay $100 in special assessments and $337,615.42 in restitution to the North Carolina Medicaid Program for one count of health care fraud. She pleaded guilty to the charge in March 2019.

“This person defrauded Medicaid of money that should have gone to people’s health care,” said Attorney General Josh Stein. “My office will continue to hold people responsible when they cheat taxpayers.”

The investigation and prosecution of this case was conducted by the U.S. Attorney’s Office for the Eastern District of North Carolina, The United States Department of Health and Human Services Office of the Inspector General, and the North Carolina Attorney General’s Office Medicaid Investigations Division.