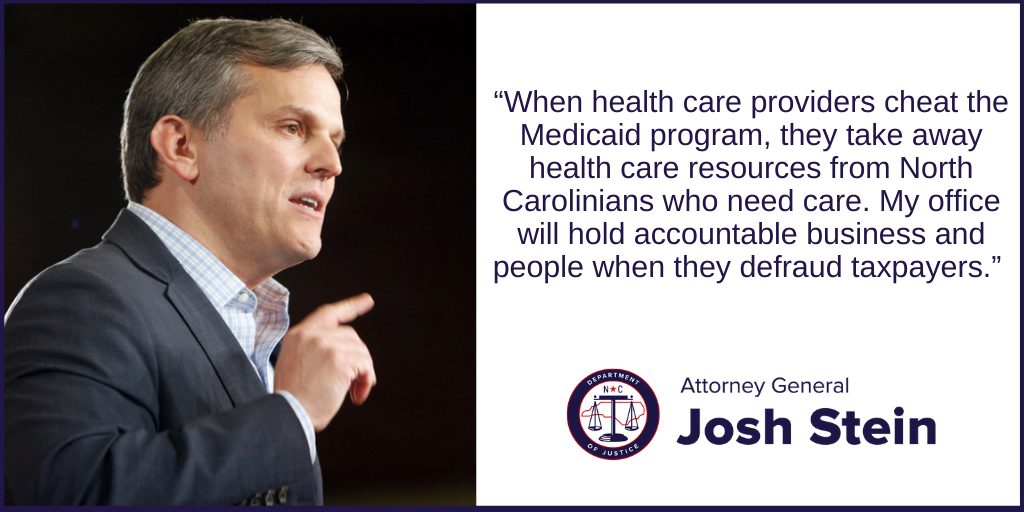 Faulkner was the sole officer of Skeen Services, Inc., which had offices in Greensboro, Greenville, Lumberton, and Wilson. With Faulkner’s awareness, her co-conspirator Renee Christine Borunda submitted more than 4,500 fraudulent claims to Medicaid in 2013 and 2014. The claims falsely represented that more than 190 North Carolinians had received behavioral health services that in fact had not been provided. Faulkner and Borunda agreed to split the money from the reimbursements for these fraudulent claims. Medicaid paid Skeen Services approximately $213,927.55 for these false claims by electronically depositing the funds into an account that Faulkner controlled. Faulkner then paid Borunda approximately $144,000.

Borunda was previously sentenced on November 7, 2018, to 37 months in federal prison followed by three years of supervised release for conspiracy to commit health care fraud and aggravated identity theft.

The investigation and prosecution of this case was conducted by the North Carolina Department of Justice’s Medicaid Investigations Division (MID), the Internal Revenue Service – Criminal Investigation, and the United States Attorney’s Office for the Eastern District of North Carolina. Further assistance was provided by the Office of Compliance and Program Integrity of the North Carolina Division of Health Benefits, EastPointe, Sandhills Center, and Trillium Health Resources.

About the Medicaid Investigations Division