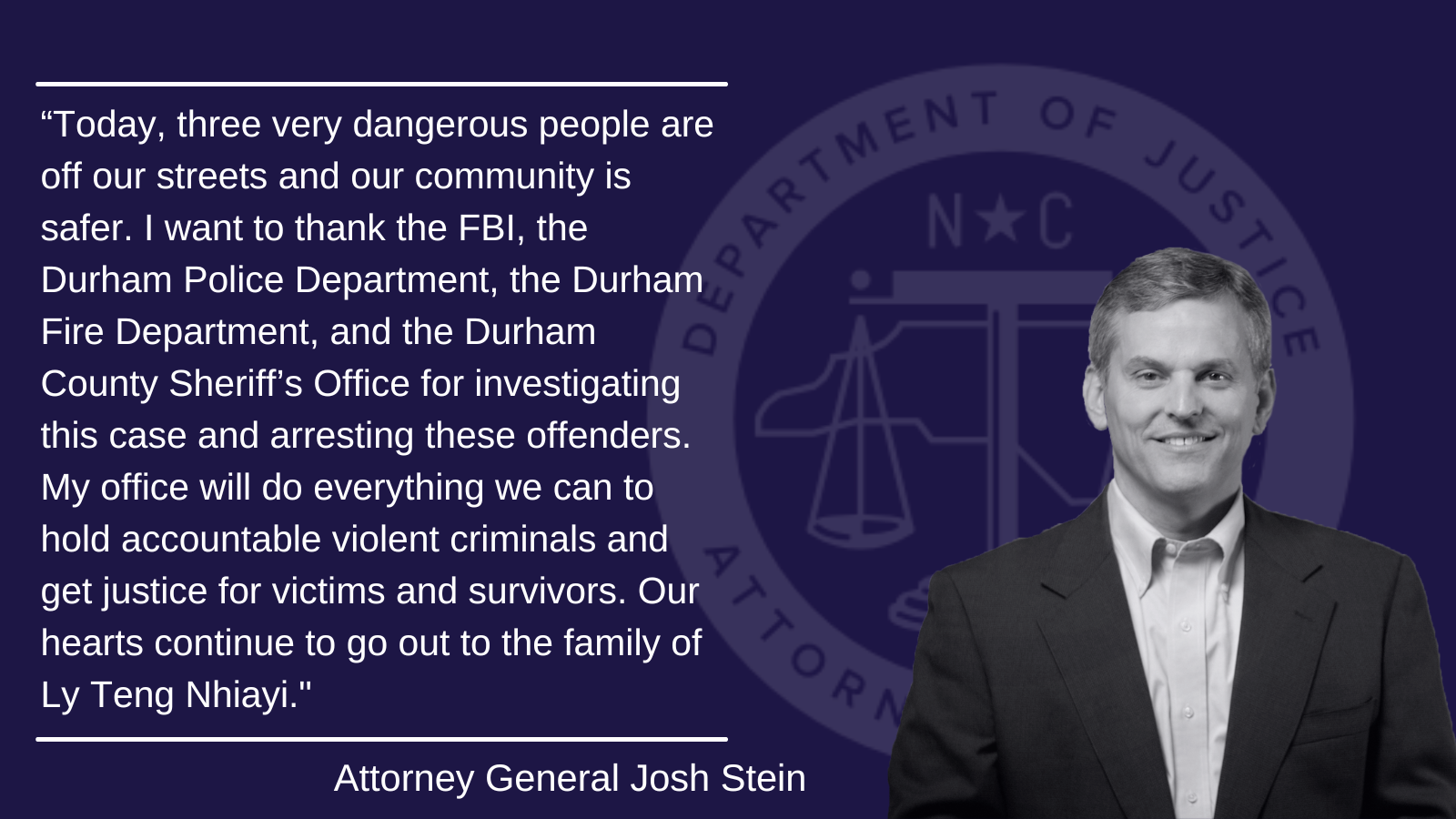 (RALEIGH) Attorney General Josh Stein today announced that Kenyawna Powell, Joshua McClain, and Reginald McClain all pleaded guilty to second degree murder today in connection with the 2018 murder of Ly Teng Nhiayi. Powell was sentenced to 125-162 months and Joshua McClain was sentenced to 144-185 months. Reginald McClain’s sentencing will be at a later date, after the sentencing in his federal case related to these matters, but he is currently incarcerated pending resolution. The North Carolina Department of Justice’s Special Prosecutions Section and Criminal Bureau Chief Leslie Cooley Dismukes and Special Deputy Attorney General Jocelyn Wright prosecuted this case.

“Today, three very dangerous people are off our streets and our community is safer,” said Attorney General Josh Stein. “I want to thank the FBI, the Durham Police Department, the Durham Fire Department, and the Durham County Sheriff’s Office for investigating this case and arresting these offenders. My office will do everything we can to hold accountable violent criminals and get justice for victims and survivors. Our hearts continue to go out to the family of Ly Teng Nhiayi.“

Nhiayi’s body was found in a burning vehicle in Durham on July 26, 2018, a medical examination later determined that he had been previously shot twice in the back of the head before the car was set on fire. Powell and the McClain brothers were arrested in the months after Nhiayi’s death and charged with murder.