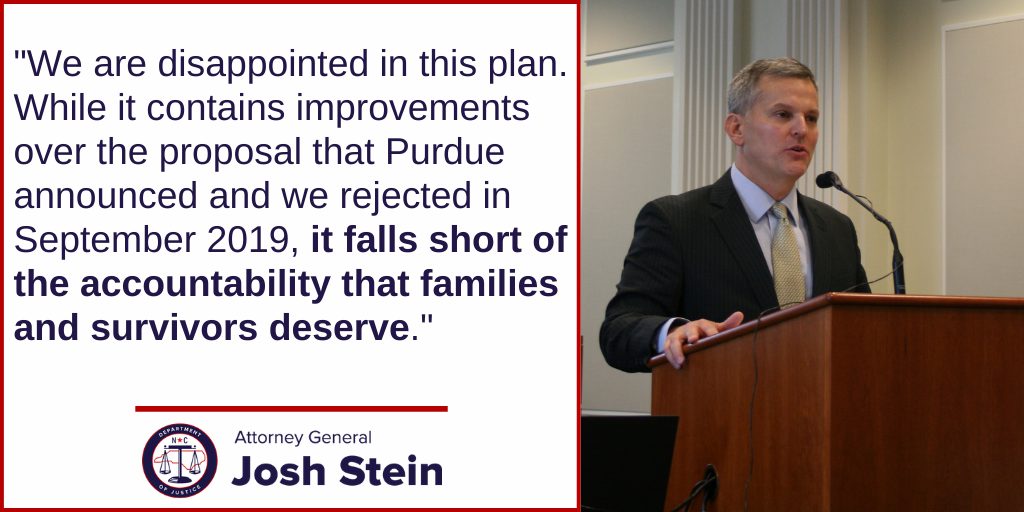 “We are disappointed in this plan. While it contains improvements over the proposal that Purdue announced and we rejected in September 2019, it falls short of the accountability that families and survivors deserve.

“Our states investigated Purdue and the Sacklers and filed the lawsuits that took down their criminal enterprise.  During the bankruptcy, our states worked together, across party lines, to force Purdue to turn over millions of pages of evidence and to question the Sacklers under oath.  We also joined with every state and thousands of cities and towns to ensure that every dollar states recover is dedicated to addressing the opioid crisis.

“Now, the Sacklers and Purdue need to own up to their decades of misconduct and their role in creating this crisis.  Purdue needs to amend its plan to provide for:

“Right now, millions of people across the country are desperately suffering from opioid addiction.  They need help and they need it now.  We are committed to working with all parties in the bankruptcy to improve this plan and serve our constituents.  Our focus remains delivering critically needed assistance to the people of our states.”