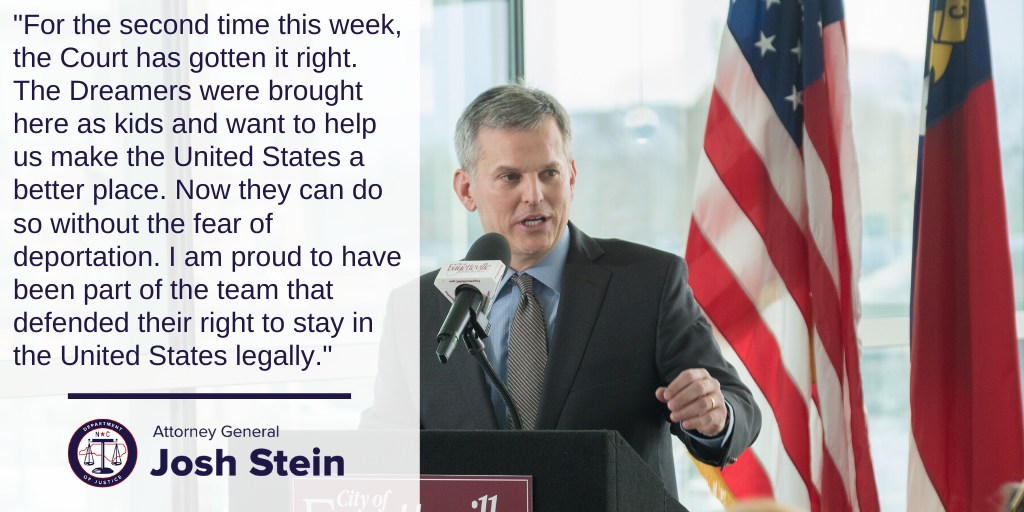 “For the second time this week, the Court has gotten it right. The Dreamers were brought here as kids and want to help us make the United States a better place. Now they can do so without the fear of deportation. I am proud to have been part of the team that defended their right to stay in the United States legally.”