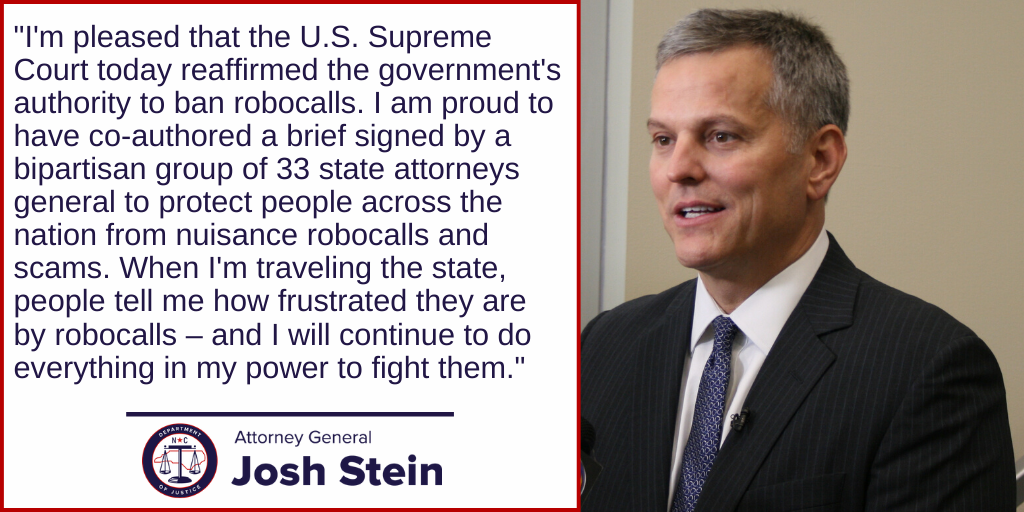 “I’m pleased that the U.S. Supreme Court today reaffirmed the government’s authority to ban robocalls. I am proud to have co-authored a brief signed by a bipartisan group of 33 state Attorney General to protect people across the nation from nuisance robocalls and scams. When I’m traveling the state, people tell me how frustrated they are by robocalls – and I will continue to do everything in my power to fight them.”