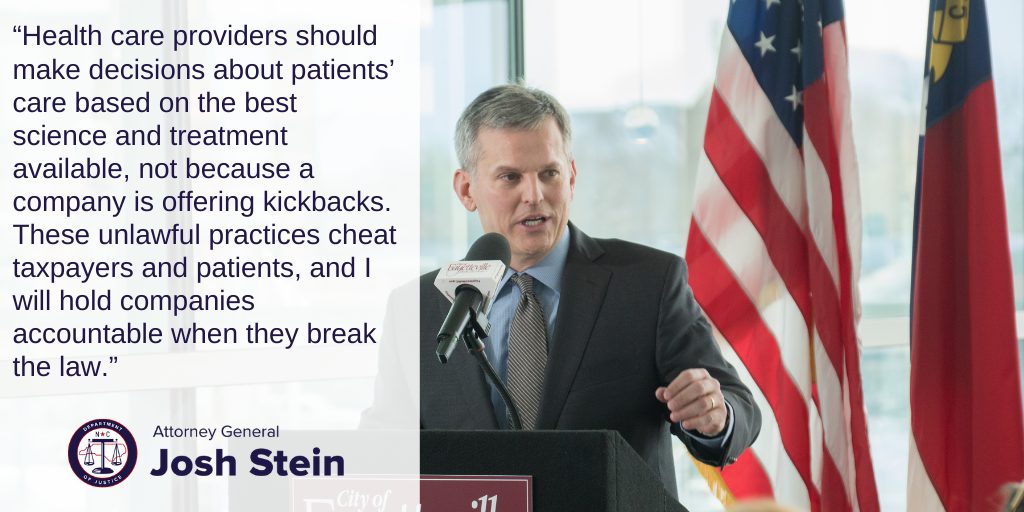 “Health care providers should make decisions about patients’ care based on the best science and treatment available, not because a company is offering kickbacks,” said Attorney General Josh Stein. “These unlawful practices cheat taxpayers and patients, and I will hold companies accountable when they break the law.”

Merit is a Utah-based medical device manufacturer that markets and sells embolotherapeutic devices used to treat arteriovenous malformations, symptomatic uterine fibroids, and hypervascular tumors. The settlement resolves allegations that between Sept. 1, 2010, and March 31, 2017, Merit offered and paid physicians, medical practices, and hospitals millions in free advertising assistance, practice development, practice support, and purportedly unrestricted “educational” grants to get the health care providers to purchase and use Merit products in medical procedures performed on Medicaid beneficiaries. Merit used these tactics to reward high-volume customers with patient referrals and financial advertising support, but removed customers if they did not convert to or increase their use of Merit devices.

A National Association of Medicaid Fraud Control Units (“NAMFCU”) Team participated in the settlement negotiations with Merit on behalf of the states.