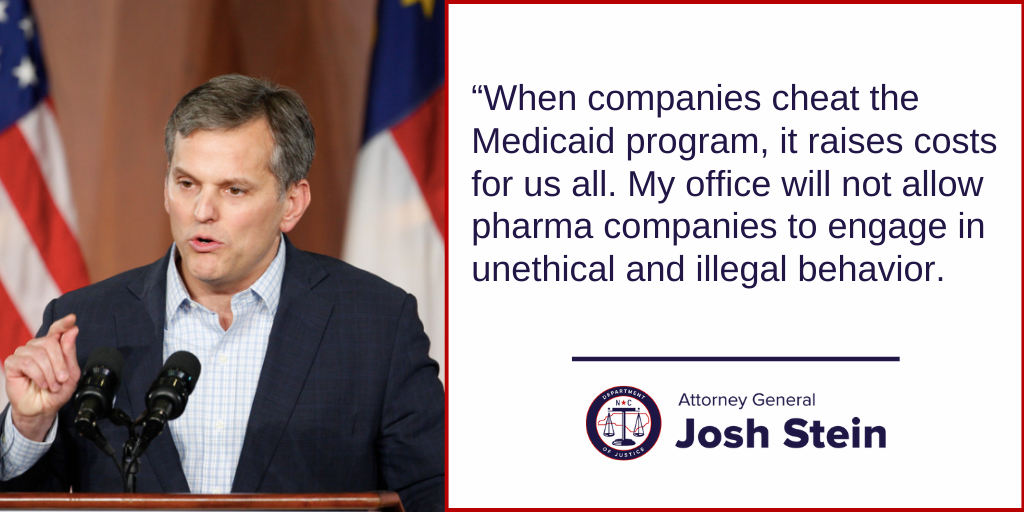 (RALEIGH) Attorney General Josh Stein today announced that he has reached a settlement over kickback violation allegations against Pacira Pharmaceuticals, Inc. (“Pacira”), a developer and manufacturer of pharmaceutical products based in Parsippany, New Jersey. Pursuant to the settlement terms, Pacira will pay $3,500,000.00, plus interest, to the United States and 15 states. As part of the settlement, North Carolina will receive $179,152.69 in restitution and other recoveries.

“When companies cheat the Medicaid program, it raises costs for us all,” said Attorney General Josh Stein. “My office will not allow pharma companies to engage in unethical and illegal behavior.

The settlement resolves allegations that from Dec. 1, 2012 through April 30, 2015, Pacira paid kickbacks in the form of research grants to certain healthcare providers or institutions to increase sales of its product EXPAREL®, a single-dose injectable local anesthetic indicated for the treatment of post-surgical pain. The government alleges that Pacira’s conduct violated the Federal Anti-Kickback Statute and the North Carolina False Claims Statute and resulted in the submission of false claims to the North Carolina Medicaid program.