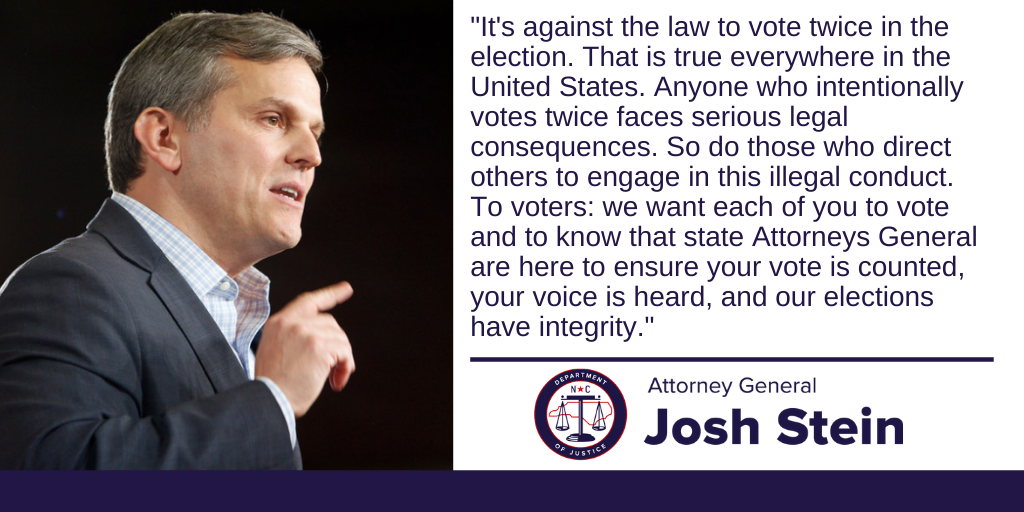 (RALEIGH) Attorney General Josh Stein, along with a coalition of 24 other attorneys general, today released a statement highlighting the importance of election integrity.

“It’s against the law to vote twice in the election,” said Attorney General Josh Stein. “That is true everywhere in the United States. Anyone who intentionally votes twice faces serious legal consequences. So do those who direct others to engage in this illegal conduct. To voters: we want each of you to vote and to know that state Attorneys General are here to ensure your vote is counted, your voice is heard, and our elections have integrity.”

On Wednesday, Sept. 2, during a briefing to reporters in Wilmington, N.C., President Trump encouraged people to vote twice in the upcoming election. Voting twice in the same election is a felony in North Carolina and is also against federal law.