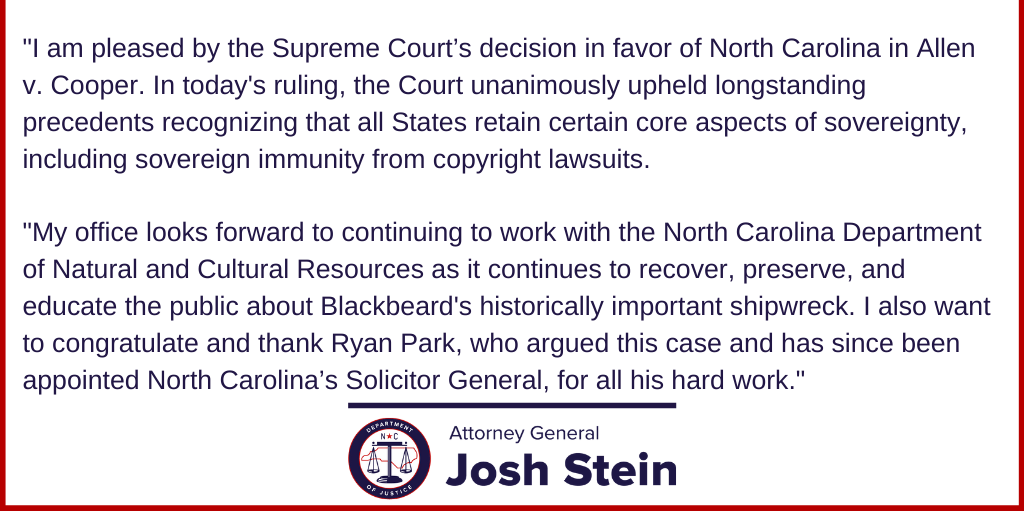 (RALEIGH) Attorney General Josh Stein today released a following statement after the U.S. Supreme Court unanimously agreed with the State of North Carolina in Allen v. Cooper, a case about copyright infringement and Blackbeard’s ship. The opinion can be accessed here.

“I am pleased by the Supreme Court’s decision in favor of North Carolina in Allen v. Cooper. In today’s ruling, the Court unanimously upheld longstanding precedents recognizing that all States retain certain core aspects of sovereignty, including sovereign immunity from copyright lawsuits.

“My office looks forward to continuing to work with the North Carolina Department of Natural and Cultural Resources as it continues to recover, preserve, and educate the public about Blackbeard’s historically important shipwreck. I also want to congratulate and thank Ryan Park, who argued this case and has since been appointed North Carolina’s Solicitor General, for all his hard work.”