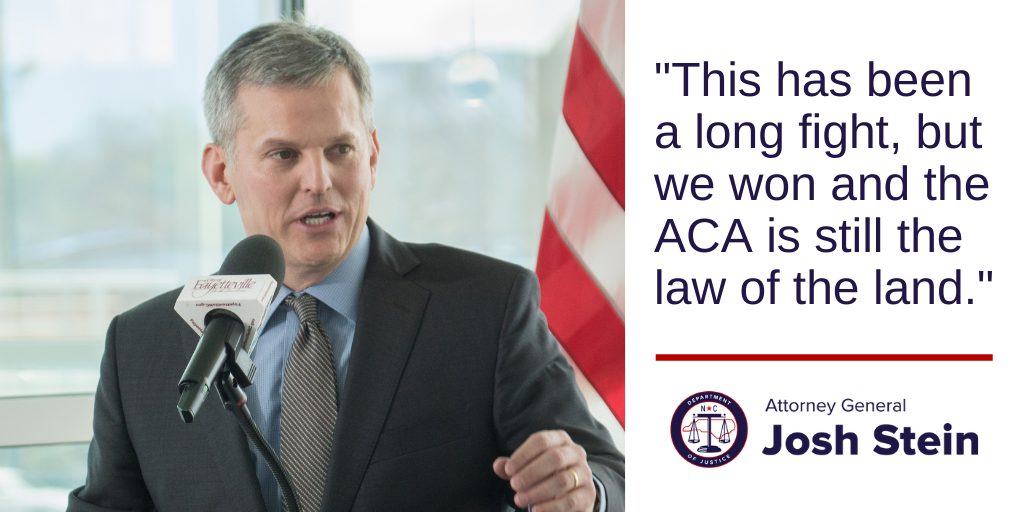 “Thanks to the Supreme Court’s decision, hundreds of thousands of North Carolinians will get to keep their access to life-saving health care. The past 15 months have made undeniably clear that having access to affordable, quality health care is a matter of life and death. The Supreme Court was right to rule to protect the ACA, thereby protecting health care for millions of Americans. I’m proud to have been a part of this team defending people’s basic right of health care, and I will continue to fight until every North Carolinian can get the care they need. This has been a long fight, but we won and the ACA is still the law of the land.”