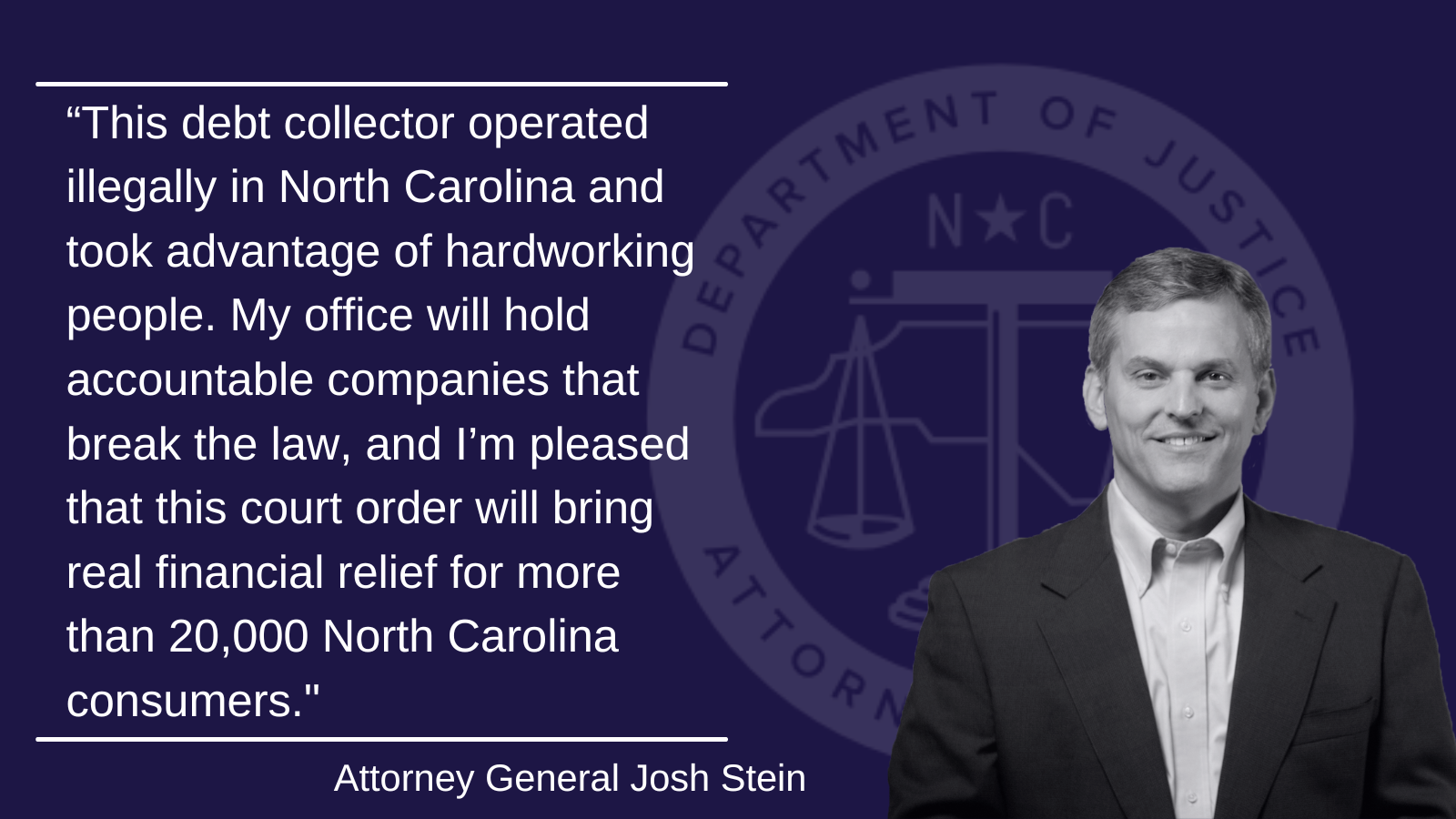 (RALEIGH) Attorney General Josh Stein won a consent judgment against Cornelius resident Gordon Scott Engle and his Texas-based debt collection companies Turtle Creek Assets Ltd. (TCA), Turtle Creek Rentals LLC (TCR), and Royal Park Holdings Inc., that will result in $22,934,075.17 in consumer debt forgiveness for more than 20,000 people and full refunds of $223,018.98 to more than 650 people. The defendants must also pay $6,000 in civil penalties for violations of the business registration acts, $1,475 in unpaid business registration fees, and $20,000 in attorney fees and investigative costs.

Attorney General Stein sued the defendants in 2019 alleging they were conducting illegal debt collection practices. From 2012 to 2018, Engle used his debt collection companies to purchase unpaid consumer debt from Aarons Inc., a national corporation that sells rent-to-own household furniture, appliances, and electronics. Since 2018, Engle collected or attempted to collect on these unpaid debts from North Carolina consumers, even though he did not have the correct registration or permits to operate in the state.

Defendants allegedly sent customers simulated court notices that were not from the court and claimed they had committed a criminal violation by failing to return rented property and needed to return the property in 48 hours. When consumers contacted TCA or TCR, they received more debt collection threats, including threats of arrest. Engle and his companies also filed criminal complaints in several counties that resulted in actual criminal summonses being issued against customers.

In addition to the financial relief from consumers, the defendants are permanently banned from collecting debt in North Carolina and must also: