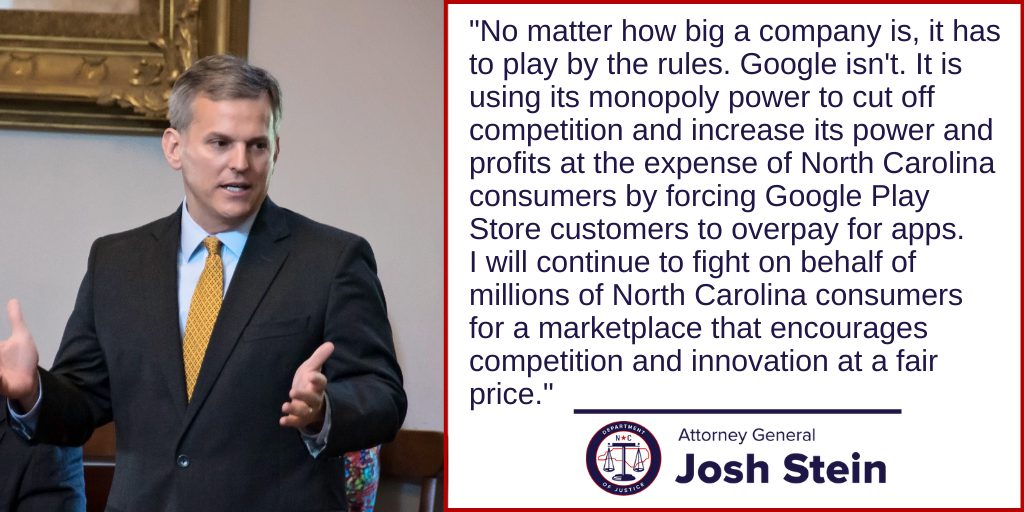 (RALEIGH) Attorney General Josh Stein today led a coalition of 37 attorneys general in filing a lawsuit against Google alleging that it harmed consumers by using its dominance to unfairly restrict competition with the Google Play Store, limiting their choices and driving up app prices.

“No matter how big a company is, it has to play by the rules,” said Attorney General Josh Stein. “Google isn’t. It is using its monopoly power to cut off competition and increase its power and profits at the expense of North Carolina consumers by forcing Google Play Store customers to overpay for apps. I will continue to fight on behalf of millions of North Carolina consumers for a marketplace that encourages competition and innovation at a fair price.”

The lawsuit alleges that Google: