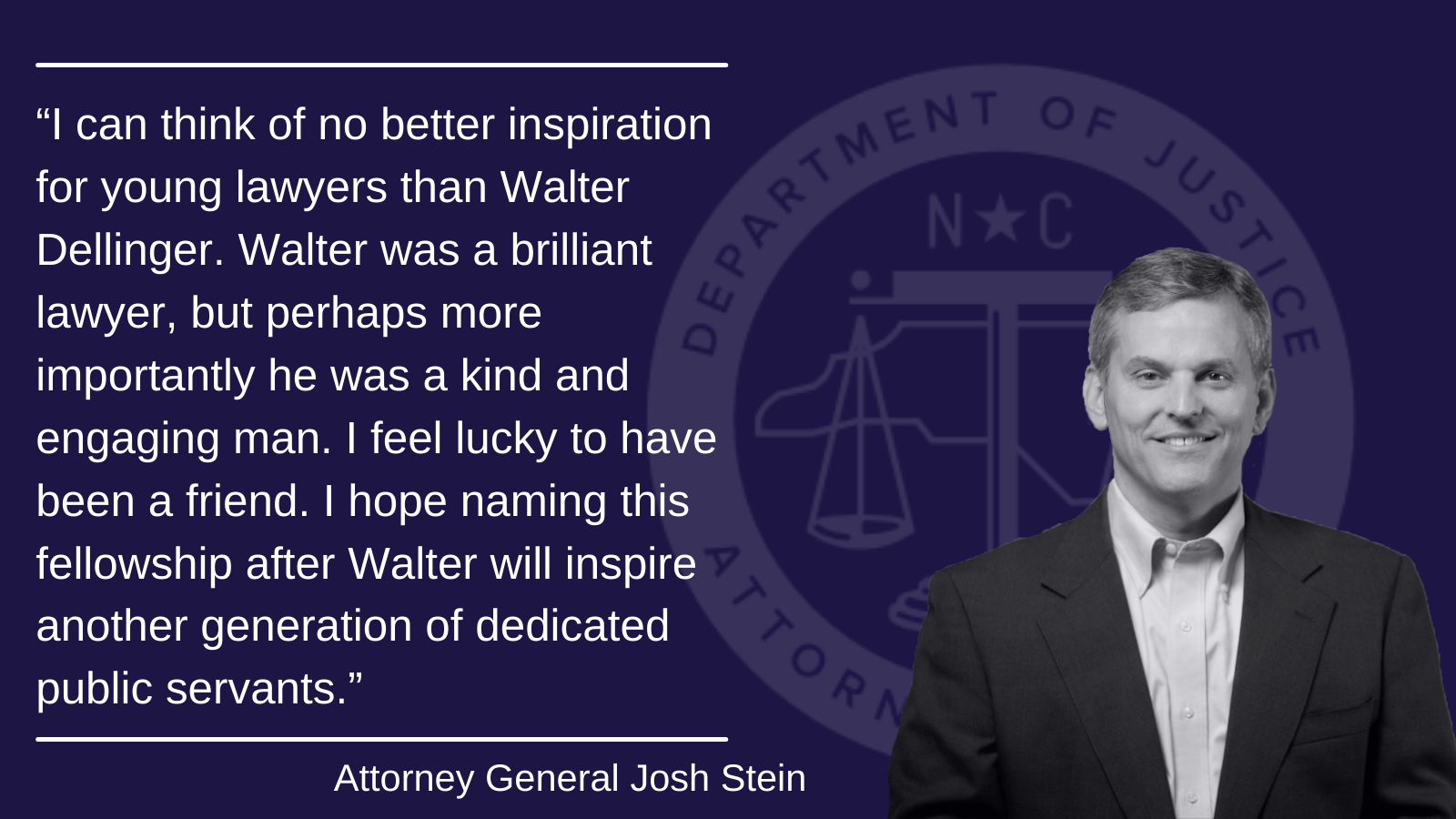 (RALEIGH) Attorney General Josh Stein is pleased to announce that he has named fellowship opportunities in the Attorney General’s office the Walter E. Dellinger III Memorial Fellowship Program. The program will host two fellows at the North Carolina Department of Justice – one in the Solicitor General’s office and another in the General Counsel’s office. The program honors Dellinger’s many years of service to the State of North Carolina and the nation.

“I can think of no better inspiration for young lawyers than Walter Dellinger,” said Attorney General Josh Stein. “Walter was a brilliant lawyer, but perhaps more importantly he was a kind and engaging man. I feel lucky to have been a friend. I hope naming this fellowship after Walter will inspire another generation of dedicated public servants.”

Walter Dellinger was born in Charlotte, attended the University of North Carolina at Chapel Hill and Yale Law School, and served as a law clerk to Justice Hugo L. Black. He was a longtime professor at Duke Law School and served in a variety of roles in the federal government—including as Assistant Attorney General in charge of the Office of Legal Counsel and acting Solicitor General of the United States.  At other times in his career, Mr. Dellinger also represented the State of North Carolina in several important cases, including three cases in the U.S. Supreme Court.