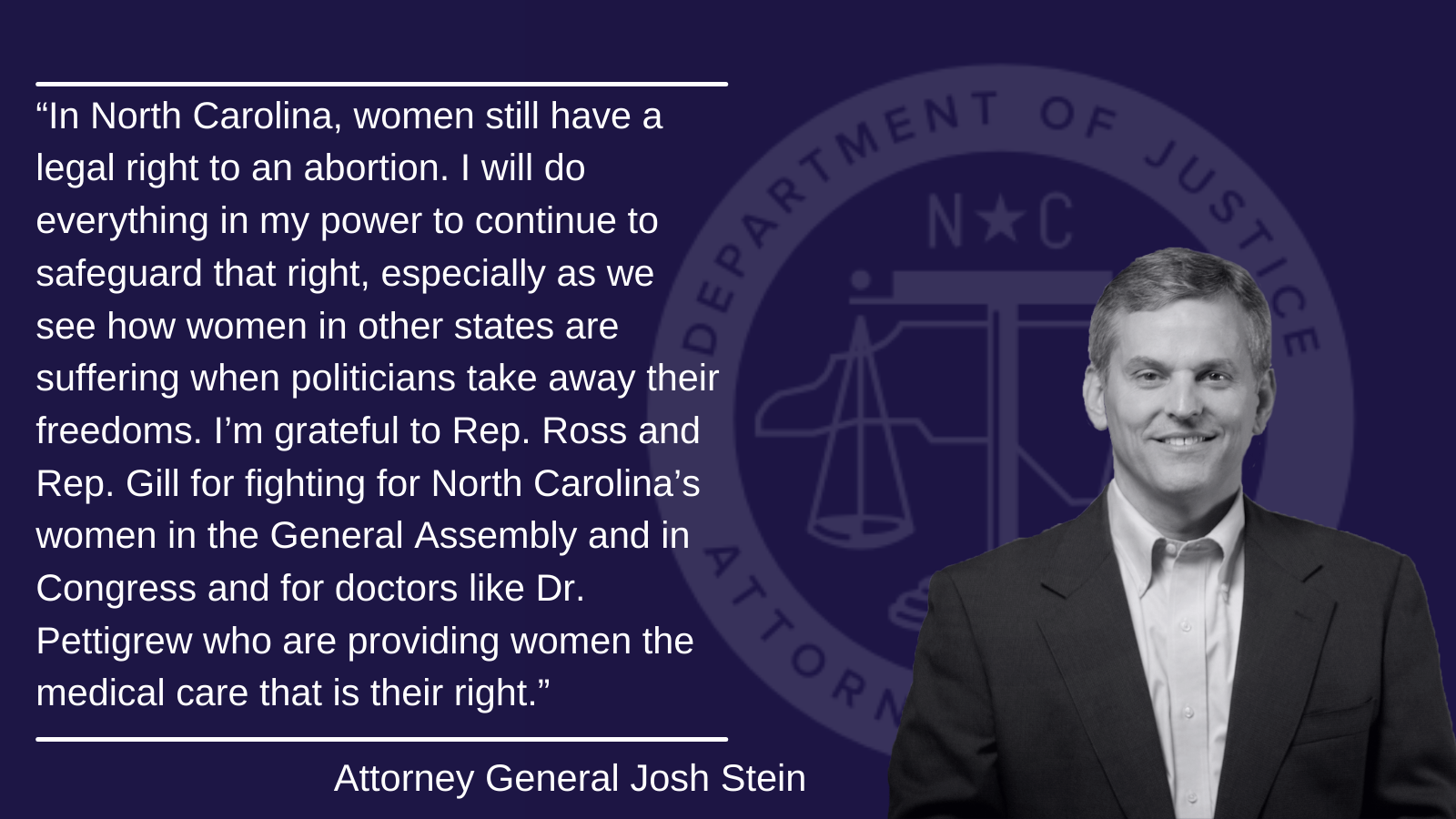 “In North Carolina, women still have a legal right to an abortion,” said Attorney General Josh Stein. “I will do everything in my power to continue to safeguard that right, especially as we see how women in other states are suffering when politicians take away their freedoms. I’m grateful to Rep. Ross and Rep. Gill for fighting for North Carolina’s women in the General Assembly and in Congress and for doctors like Dr. Pettigrew who are providing women the medical care that is their right.”

“North Carolina currently stands as a safe haven in the South, but we need to fight to keep it that way,” said Congresswoman Ross. “I am incredibly grateful for the leadership of Attorney General Stein, State Representative Rosa Gill, and courageous health care providers like Dr. Pettigrew, who are fighting to protect reproductive freedom in our state. It will take all of us at the federal, state, and local level to safeguard women’s access to abortion in the face of these despicable attacks on our health care.”

Since Roe v. Wade was overturned, Attorney General Stein has led the fight to protect reproductive freedom as legislators seek to reinstate North Carolina’s abortion ban. Congresswoman Ross has supported several pieces of federal legislation that have passed the U.S. House of Representatives that would codify the right to an abortion, the right to contraception, and the right to travel across state lines to access abortion care.

“In North Carolina, abortion is still legal but legislative Republicans have already said their top priority is to make it illegal,” said Rep. Rosa Gill. “Legislative Democrats have introduced legislation to simply codify the rights women had under Roe – rights that women have had for half a century.

“North Carolina is dangerously close to being one of the forced birth states, and that has hugely negative consequences far beyond abortion,” said Dr. Erica Pettigrew, MD, JD, MPH, a family medicine doctor and public health professional.