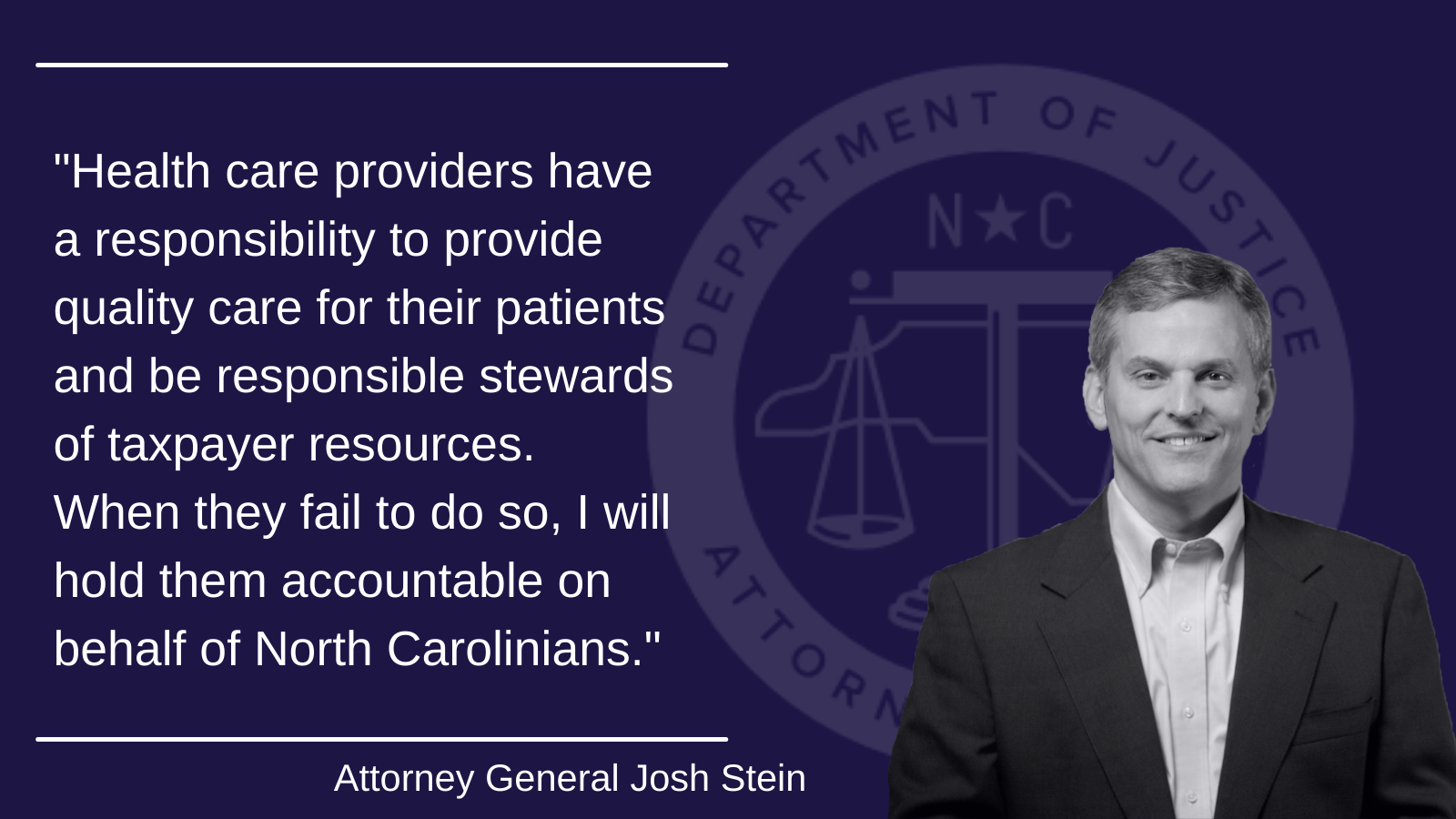 (RALEIGH) Attorney General Josh Stein today announced a settlement with Georgia-based SavaSeniorCare LLC, a company that owns and operates skilled nursing facilities in several states. The settlement with North Carolina and 22 other states resolves allegations that Sava billed Medicaid for medically unnecessary rehabilitation therapy services and offered grossly substandard skilled nursing services. Sava will pay the states and the federal government at least $11.2 million – North Carolina will receive $192,045.19 in restitution and other recoveries.

“Health care providers have a responsibility to provide quality care for their patients and be responsible stewards of taxpayer resources,” said Attorney General Josh Stein. “When they fail to do so, I will hold them accountable on behalf of North Carolinians.”

From October 2008 to September 2012, Sava allegedly engaged in a scheme to maximize billing that improperly caused some therapists to provide rehabilitation therapy to some Medicare and Medicaid beneficiaries. The therapy was either not reasonable and necessary, not skilled, or not covered by the Medicare Part A and Medicaid coinsurance benefits. In addition, this settlement also resolves allegations that from January 2008 through December 2018, some of the nursing services provided by Sava were grossly and materially substandard and/or worthless, partly because Sava failed to provide care that met federal requirements to some of its residents. Sava also failed to follow appropriate pressure ulcer protocols and appropriate falls protocols, and failed to appropriately administer medications to some of the residents to avoid medication errors in certain skilled nursing facilities. The government alleges that Sava’s conduct violated the Federal False Claims Statute and the North Carolina False Claims Statute and resulted in the submission of false claims to the North Carolina Medicaid program.

This settlement results from four whistleblower lawsuits filed in the United States District Court for the Middle District of Tennessee and the Eastern District of Pennsylvania. A team from the National Association of Medicaid Fraud Control Units participated in the settlement negotiations on behalf of the states.

The Medicaid Investigations Division receives 75 percent of its funding from the U.S. Department of Health and Human Services under a grant award totaling $6,160,236 for Federal fiscal year (FY) 2022. The remaining 25 percent, totaling $2,053,412 for FY 2022, is funded by the State of North Carolina.