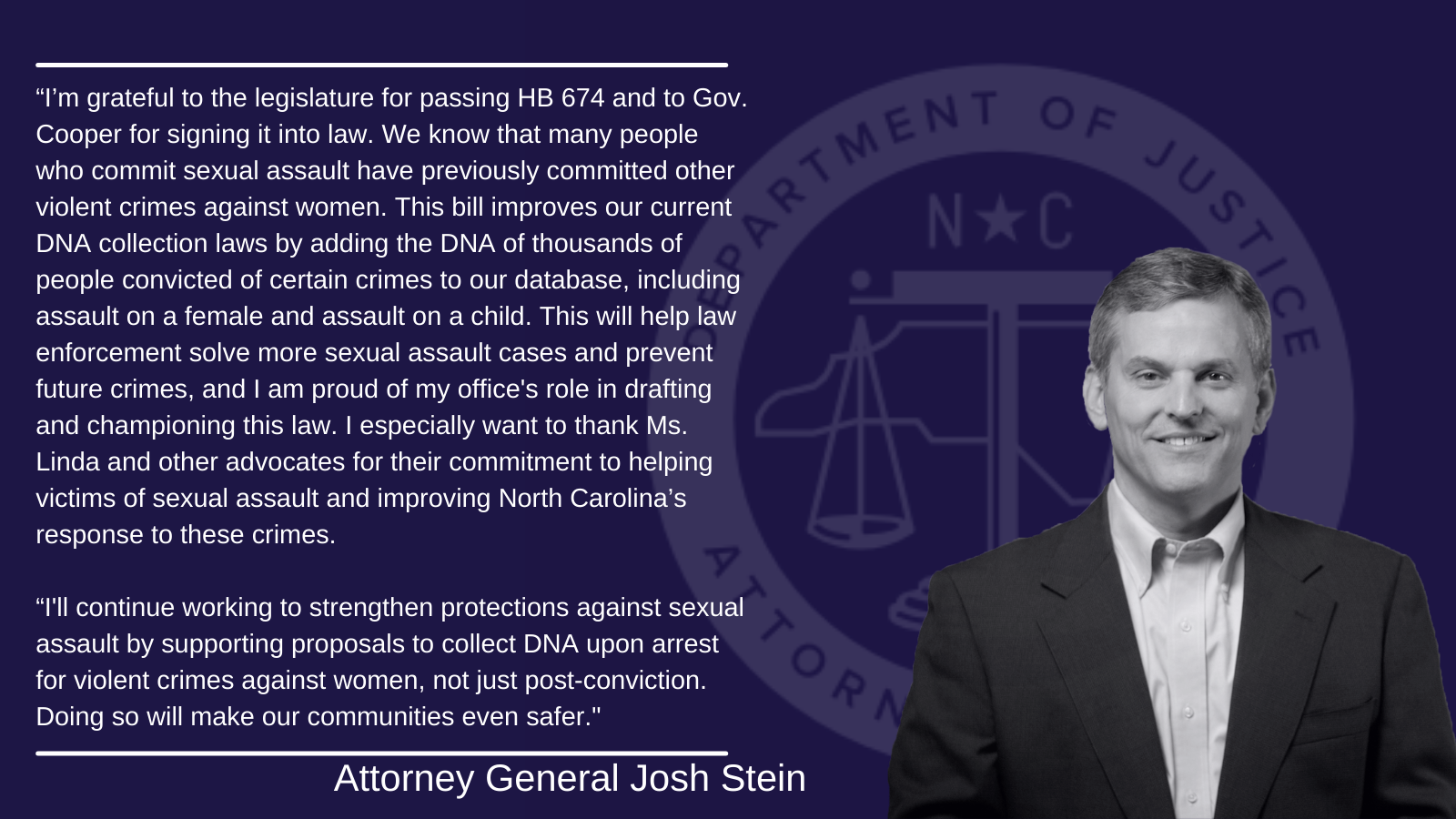 “I’m grateful to the legislature for passing HB 674 and to Gov. Cooper for signing it into law. We know that many people who commit sexual assault have previously committed other violent crimes against women. This bill improves our current DNA collection laws by adding the DNA of thousands of people convicted of certain crimes to our database, including assault on a female and assault on a child. This will help law enforcement solve more sexual assault cases and prevent future crimes, and I am proud of my office’s role in drafting and championing this law. I especially want to thank Ms. Linda and other advocates for their commitment to helping victims of sexual assault and improving North Carolina’s response to these crimes.

“I’ll continue working to strengthen protections against sexual assault by supporting proposals to collect DNA upon arrest for violent crimes against women, not just post-conviction. Doing so will make our communities even safer.”