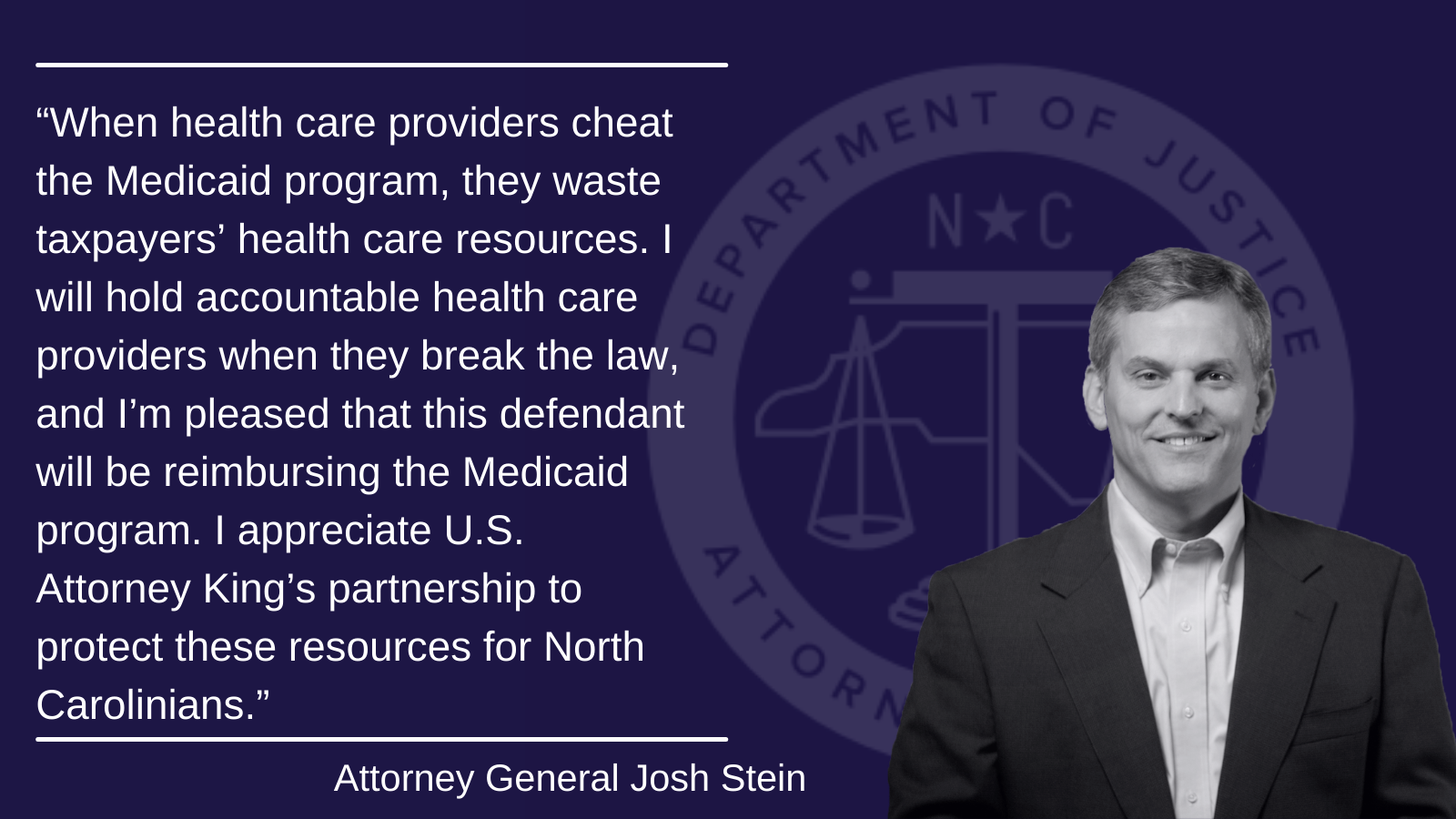 (RALEIGH) Attorney General Josh Stein today announced that Healthkeeperz, Inc., a Pembroke behavioral health care provider, will pay $2.1 million to resolve allegations that the company violated the False Claims Act by billing claims that were not reimbursable to Medicaid programs.

“Taxpayer-funded programs like Medicaid exist to provide critical services to beneficiaries in need of care, not to fill the coffers of health care providers,” said U.S. Attorney Dena J. King. “When providers seek to divert resources from those who really need them, we will work with our state partners and use all tools at our disposal to pursue and hold accountable entities who perpetrate fraud on federal health care programs.”

This settlement was reached in partnership with the Department of Health and Human Services Office of the Inspector General and the United States Attorney’s Office for the Western District of North Carolina. The North Carolina Department of Health and Human Services, Division of Health Benefits – Office of Compliance and Program Integrity and Clinical Policy Section also provided assistance. The allegations arose from a lawsuit filed by a whistleblower under the qui tam provisions of the federal False Claims Act and the North Carolina False Claims Act. The claims resolved by this settlement are allegations only and there has been no determination of liability.

The Medicaid Investigations Division receives 75 percent of its funding from the U.S. Department of Health and Human Services under a grant award totaling $6,160,236 for Federal fiscal year (FY) 2022. The remaining 25 percent, totaling $2,053,412 for FY 2020, is funded by the State of North Carolina.