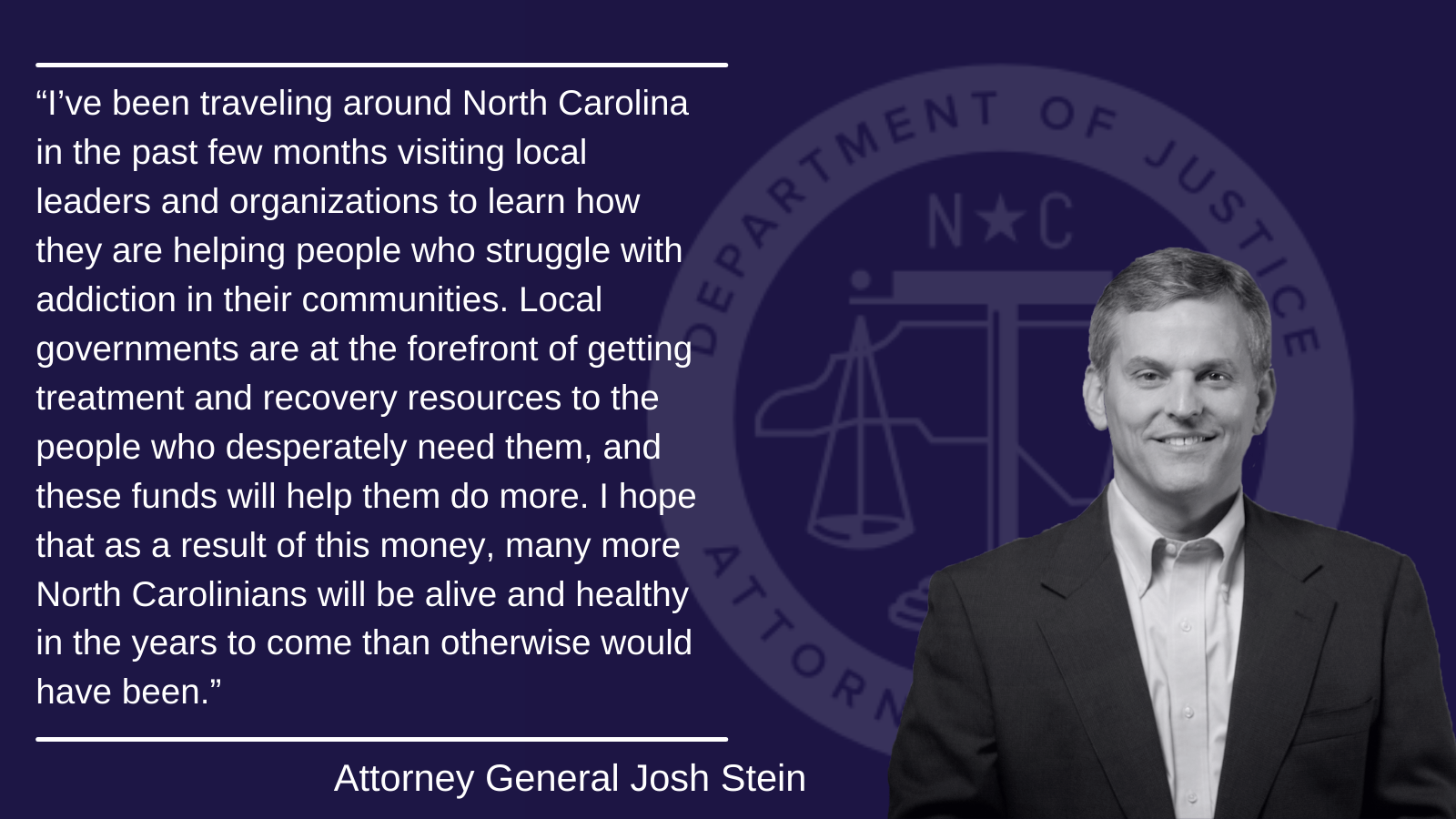 “I’ve been traveling around North Carolina in the past few months visiting local leaders and organizations to learn how they are helping people who struggle with addiction in their communities,” said Attorney General Josh Stein. “Local governments are at the forefront of getting treatment and recovery resources to the people who desperately need them, and these funds will help them do more. I hope that as a result of this money, many more North Carolinians will be alive and healthy in the years to come than otherwise would have been.”

North Carolina is set to receive its full share of $750 million over the next 18 years because all 100 counties as well as 47 municipalities have signed on the agreement. Eighty-five percent of these funds will go directly to North Carolina’s local communities to support treatment, recovery, harm reduction, and other strategies to address the opioid epidemic. The balance will go to the state for the same purposes.

More information on the payment schedule for local governments is available through the Community Opioid Resources Engine for North Carolina (CORE-NC). CORE-NC includes statistics on the opioid crisis in North Carolina and will serve as an information clearinghouse for reports on the use and impact of opioid settlement funds for the duration of the 18-year settlement. The state and local governments are required to report all investments publicly so that all North Carolinians can review them.