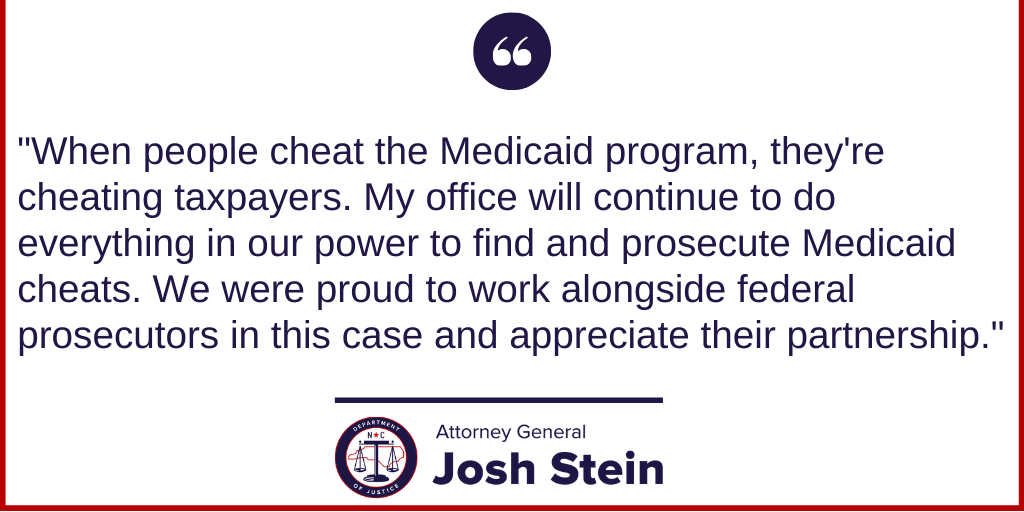 “When people cheat the Medicaid program, they’re cheating taxpayers,” said Attorney General Josh Stein. “My office will continue to do everything in our power to find and prosecute Medicaid cheats. We were proud to work alongside federal prosecutors in this case and appreciate their partnership.”

The lawsuit alleged that Dr. Oudeh, Mrs. Sloan-Oudeh, and the practice fraudulently submitted more than 40,000 claims to Medicare and Medicaid between 2010 and 2017. The lawsuit alleged that these claims were for medically unnecessary and improper nerve conduction studies, medically unnecessary and improper diagnostic tests, and physician visits that did not reflect the services actually rendered.

The investigation and prosecution of this case was conducted by the Medicaid Investigations Division of the North Carolina Department of Justice in partnership with the United States Attorney’s Office of the Eastern District of North Carolina. A settlement agreement is not an admission of liability, nor a concession by the State that its claims are not well founded. Defendants deny the allegations in this matter.