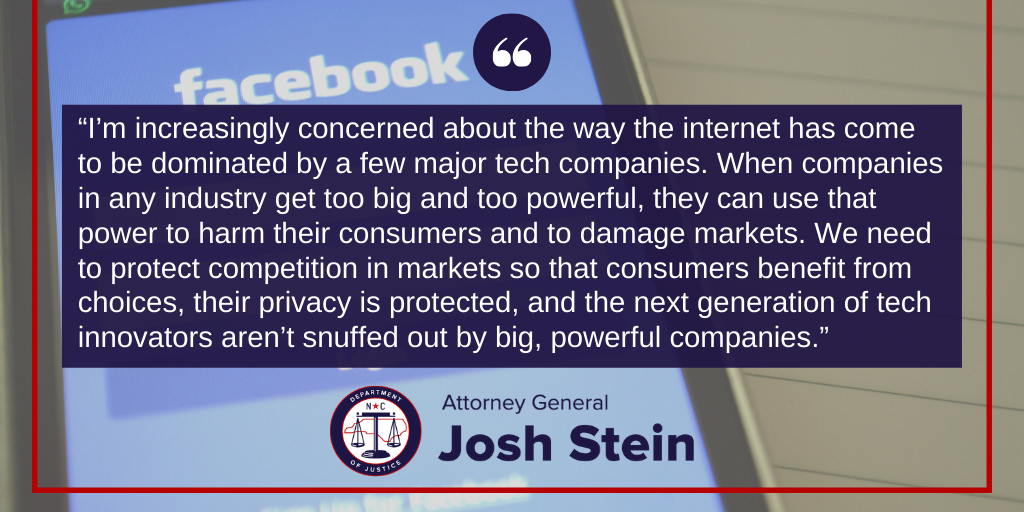 “I’m increasingly concerned about the way the internet has come to be dominated by a few major tech companies. When companies in any industry get too big and too powerful, they can use that power to harm their consumers and to damage markets. We need to protect competition in markets so that consumers benefit from choices, their privacy is protected, and the next generation of tech innovators aren’t snuffed out by big, powerful companies.”