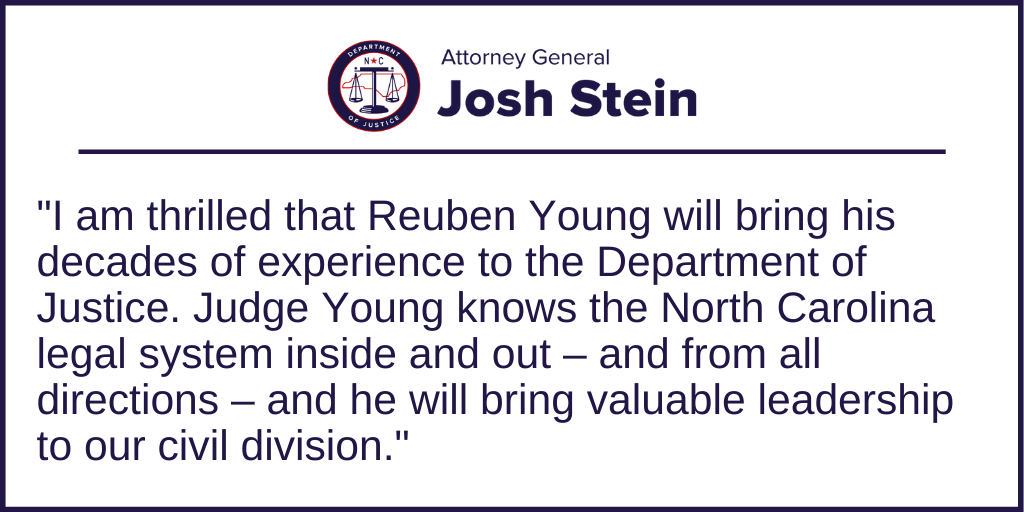 “I am thrilled that Reuben Young will bring his decades of experience to the Department of Justice,” said Attorney General Josh Stein. “Judge Young knows the North Carolina legal system inside and out – and from all directions – and he will bring valuable leadership to our civil division.”

Judge Young replaces Shannon Cassell in this role. Shannon joined the Department in March of 2018 as Special Counsel to be a strategic advisor on litigation and operational matters, and was the first person to serve in the newly created role of Civil Bureau Chief. She has recently decided to leave DOJ.

“Shannon has been a tremendous asset to the Department of Justice over the last several years,” said Attorney General Josh Stein. “I appreciate all her hard work and dedication to serving on behalf of the people of North Carolina.”