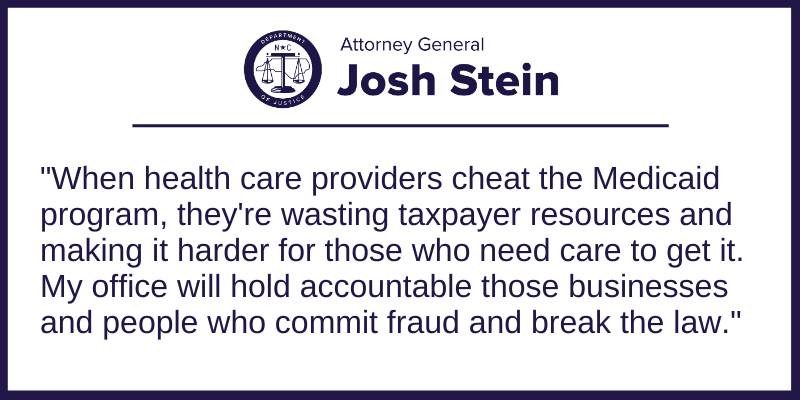 (RALEIGH) Attorney General Josh Stein today announced that Raleigh resident Patricia Weatherspoon Mosden pleaded guilty to fraud by a medical assistance provider and obtaining property by false pretenses in Robeson County Superior Court. She was sentenced to six to 17 months in prison and suspended for 24 months of supervised probation by Judge Franklin Floyd.

“When health care providers cheat the Medicaid program, they’re wasting taxpayer resources and making it harder for those who need care to get it,” said Attorney General Josh Stein. “My office will hold accountable those businesses and people who commit fraud and break the law.”

Mosden also provided false medical records and service notes to the Attorney General’s Medicaid Investigations Division during the course of the investigation, which falsely indicated that she had provided services to the 20 Medicaid recipients.

This conviction was obtained with cooperation of the Honorable Matthew Scott, District Attorney for Prosecutorial District 20.