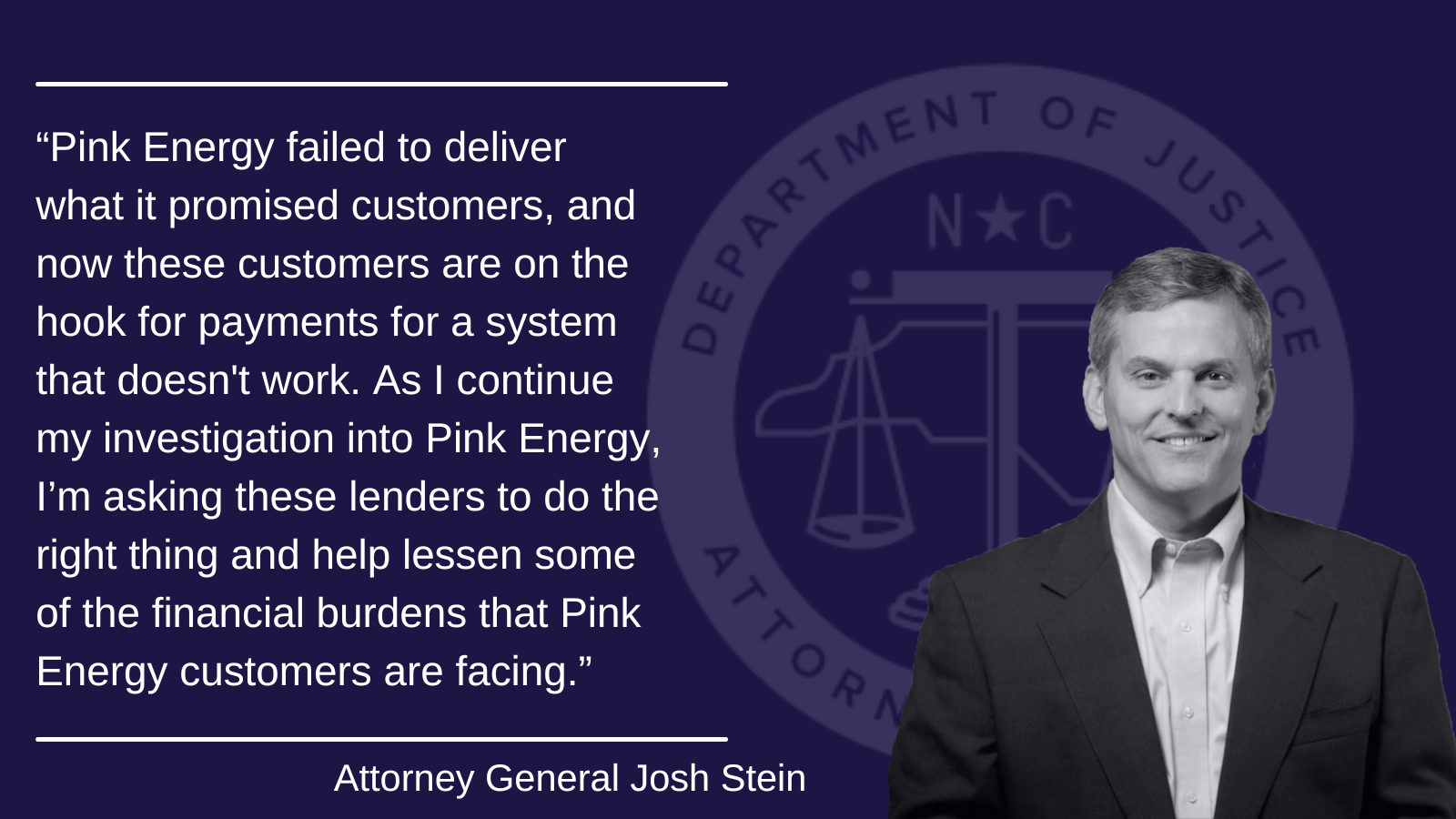 “Pink Energy failed to deliver what it promised customers, and now these customers are on the hook for payments for a system that doesn’t work,” said Attorney General Josh Stein. “As I continue my investigation into Pink Energy, I’m asking these lenders to do the right thing and help lessen some of the financial burdens that Pink Energy customers are facing.”

In their letter to the lenders, the attorneys general explain that many of the complaints received by their offices allege that Pink Energy made “false representations regarding the systems’ capabilities and anticipated electric bill reduction.” As a result, consumers who thought they were making an environmentally and financially wise decision by buying a solar power system from Pink Energy are now stuck making loan payments for a solar power system that underperforms or doesn’t work, on top of their monthly electric bill.

The coalition also notes that consumers have alleged that Pink Energy misrepresented consumers’ eligibility for state or federal tax credits that could be used to satisfy the loan agreements with these solar lenders. Now, many consumers are in a precarious financial position and facing increased monthly payments without a tax credit that would have made their loan payments more affordable.