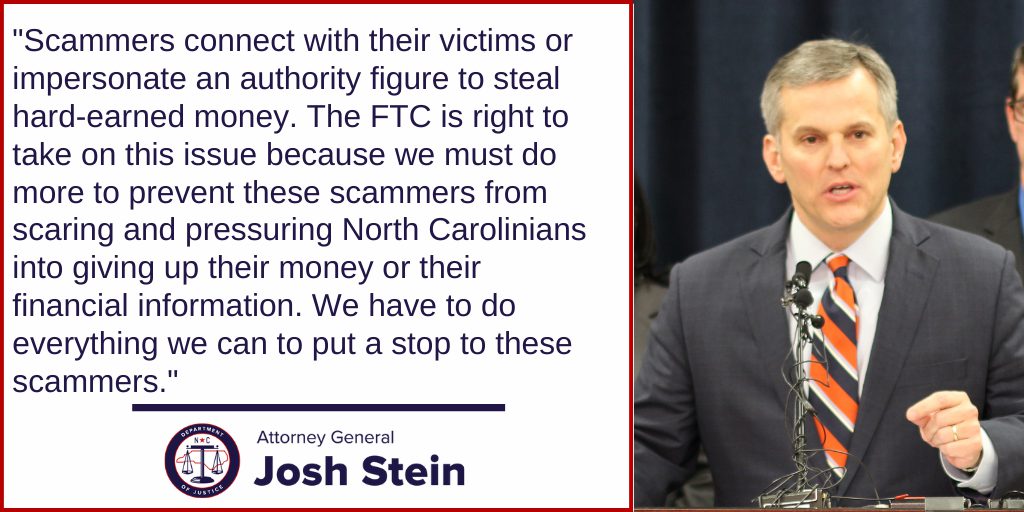 “Scammers connect with their victims or impersonate an authority figure to steal hard-earned money,” said Attorney General Josh Stein. “The FTC is right to take on this issue because we must do more to prevent these scammers from scaring and pressuring North Carolinians into giving up their money or their financial information. We have to do everything we can to put a stop to these scammers.”

Though their methods may vary, impersonation scammers take people’s money, drain resources from regulators tasked with protecting the public, and cause confusion and loss of trust in government agencies and services. Attorneys general are the first line of defense against scammers and work to protect people from falling victim to scams and hold accountable scammers.

The attorneys general are asking the FTC to adopt national protections that would: