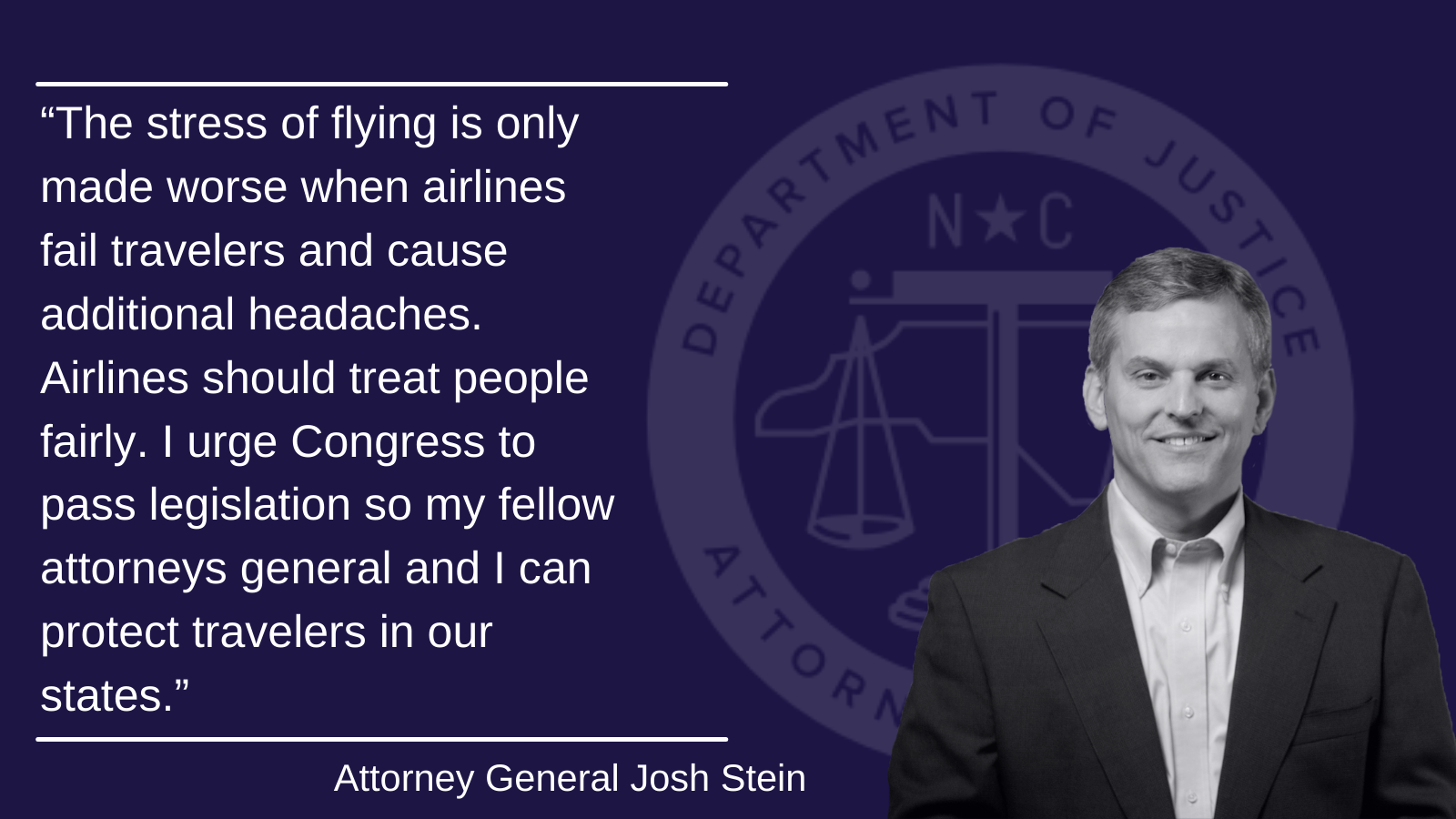 “The stress of flying is only made worse when airlines fail travelers and cause additional headaches,” said Attorney General Josh Stein. “Airlines should treat people fairly. I urge Congress to pass legislation so my fellow attorneys general and I can protect travelers in our states.”

Federal law currently places the central responsibility for addressing violations of airline consumer protection with the United States Department of Transportation (US DOT), but the agency has not kept up with the escalating issues. State attorneys general have little to no authority to hold airline companies accountable for unacceptable behavior towards customers.

Attorney General Stein and a bipartisan coalition of 38 attorneys general are urging Congress to pass legislation that would authorize state attorneys general to enforce both state and federal consumer protection laws governing the airline industry. It also encourages Congress to consider shifting the authority for federal investigations of airline patron complaints from the US DOT to an agency more primarily focused on consumer protection, such as the U.S. Department of Justice or the Federal Trade Commission.