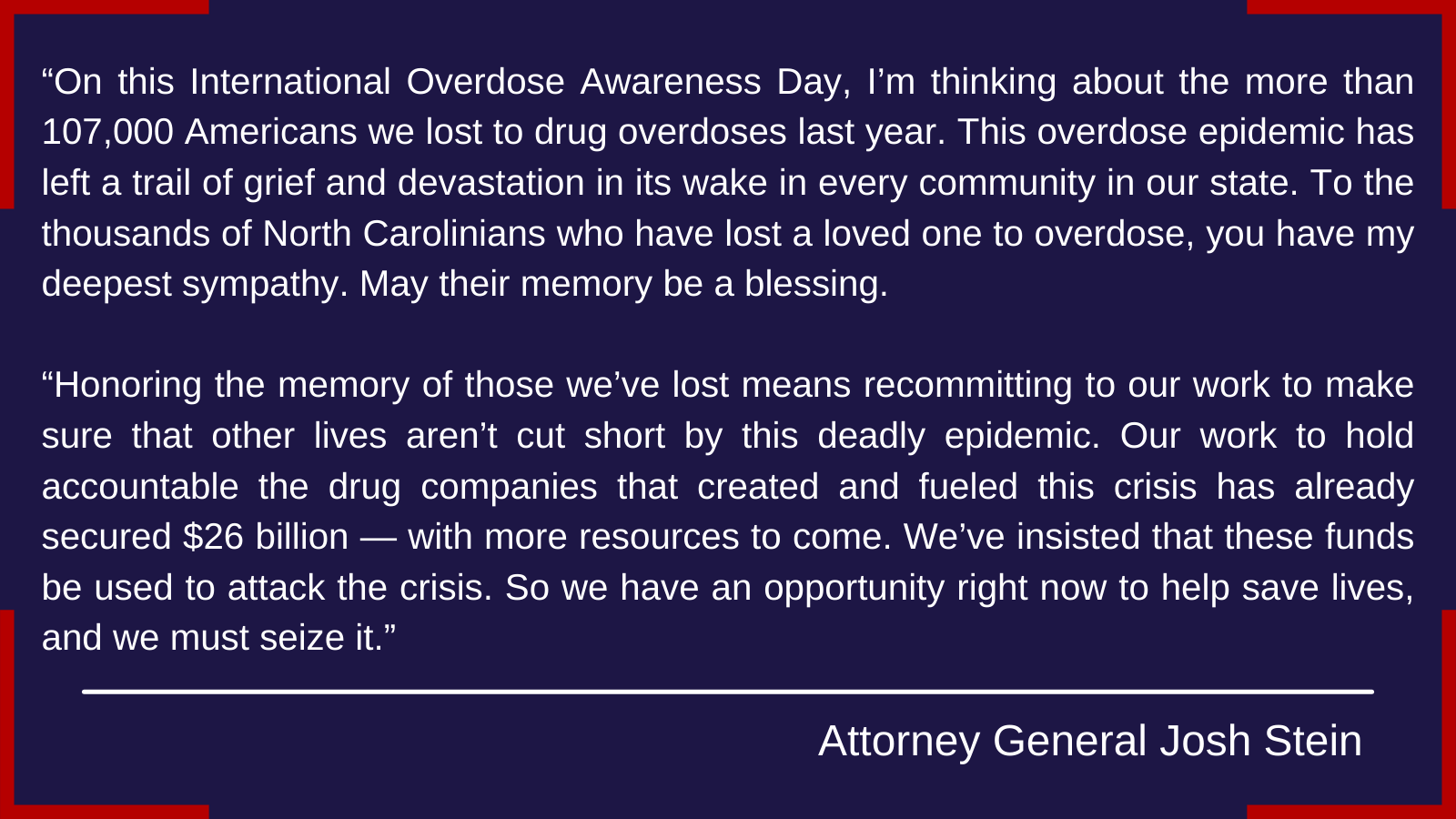 “On this International Overdose Awareness Day, I’m thinking about the more than 107,000 Americans we lost to drug overdoses last year. This overdose epidemic has left a trail of grief and devastation in its wake in every community in our state. To the thousands of North Carolinians who have lost a loved one to overdose, you have my deepest sympathy. May their memory be a blessing.

“Honoring the memory of those we’ve lost means recommitting to our work to make sure that other lives aren’t cut short by this deadly epidemic. Our work to hold accountable the drug companies that created and fueled this crisis has already secured $26 billion — with more resources to come. We’ve insisted that these funds be used to attack the crisis. So we have an opportunity right now to help save lives, and we must seize it.”

All of North Carolina’s local governments have received their first payments from the $26 billion national opioid agreement with the nation’s three major drug distributors (Cardinal, McKesson, and AmerisourceBergen) and Johnson & Johnson that Attorney General Stein helped negotiate. North Carolina’s share is $750 million. Eighty-five percent of these funds will go directly to North Carolina’s local governments to support treatment, recovery, harm reduction, and prevention strategies to address the opioid epidemic. The balance will go to the state for the same purposes. Attorney General Stein also recently announced agreements in principle with drug manufacturers Allergan and Teva, which would bring another $6.6 billion funds nationally to fight the opioid crisis. More information is available through the Community Opioid Resources Engine for North Carolina (CORE-NC)