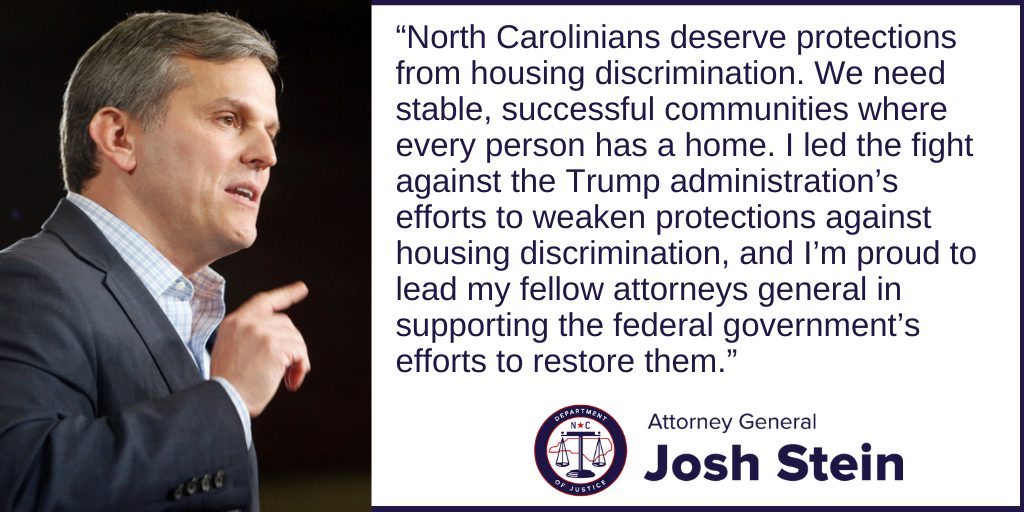 “North Carolinians deserve protections from housing discrimination. We need stable, successful communities where every person has a home,” said Attorney General Josh Stein. “I led the fight against the Trump administration’s efforts to weaken protections against housing discrimination, and I’m proud to lead my fellow attorneys general in supporting the federal government’s efforts to restore them.”

The disparate impact rule, established originally in 2013 under the Fair Housing Act, protects consumers against housing and lending practices that end up harming people based on their race, color, religion, national original, sex, disability, and familial status. HUD is proposing to re-establish the 2013 rule and revoke an unlawful 2020 replacement that had serious legal defects, failed to provide specific protections for people who were being discriminated against, and made it more difficult for many valid legal claims to proceed. Attorney General Stein led a coalition of 22 states opposing the 2020 rule and its weakening of critical protections.