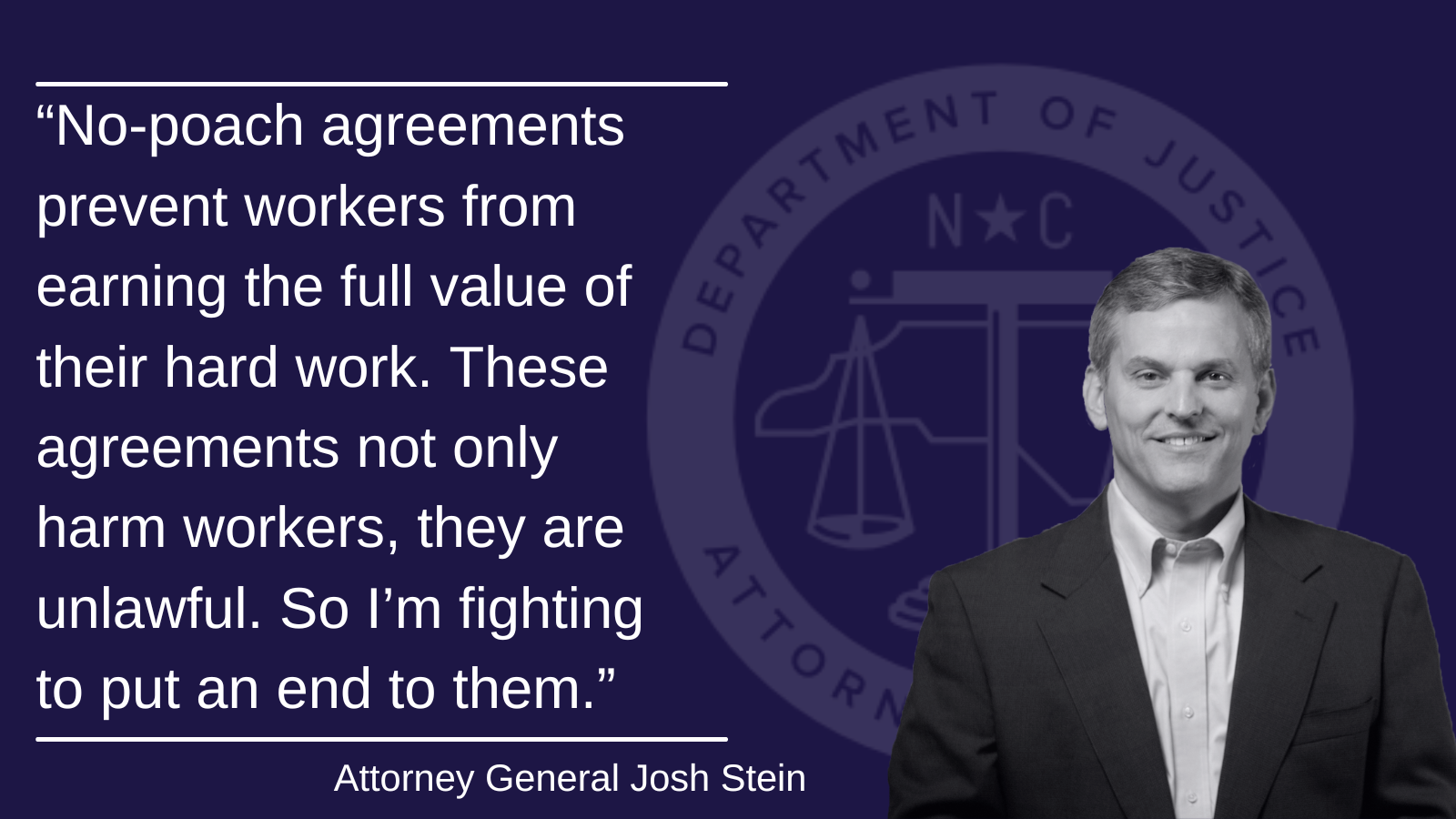 (RALEIGH) Attorney General Josh Stein today filed a friend-of-the-court brief challenging “no-poach” provisions. McDonald’s used these provisions in its franchise agreements to restrict workers’ ability to move from one franchise to another in the restaurant chain.

“No-poach agreements prevent workers from earning the full value of their hard work,” said Attorney General Josh Stein. “These agreements not only harm workers, they are unlawful. So I’m fighting to put an end to them.”

The workers in this case contend that, until 2017, McDonald’s required all McDonald’s franchisees to sign agreements that contained a provision prohibiting them from hiring workers who worked for any other McDonald’s restaurant currently or in the prior six months. Attorney General Stein and a coalition of 21 attorneys general argue that such agreements violate federal antitrust laws and interfere with workers’ ability to seek better employment opportunities, wages, and benefits.

The coalition is asking an appeals court to reject a series of opinions siding with McDonald’s and against the workers. The brief notes that, in recent years, state attorneys general across the United States have focused on antitrust violations in labor markets and that enforcement actions against companies that use such agreements have led to higher wages for workers. The attorneys general argue that the lower court’s ruling in this case would sharply limit their ability to combat no-poach agreements.