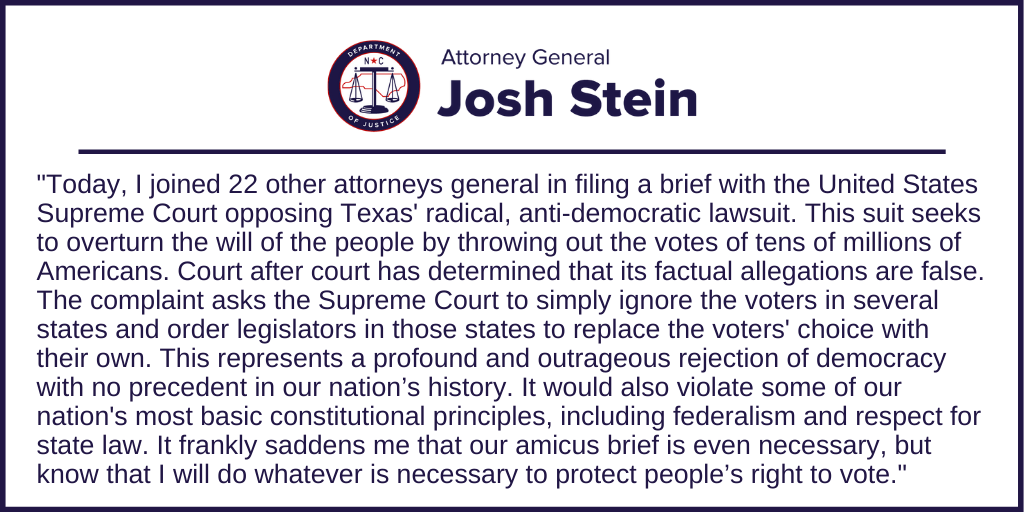 “Today, I joined 22 other attorneys general in filing a brief with the United States Supreme Court opposing Texas’ radical, anti-democratic lawsuit. This suit seeks to overturn the will of the people by throwing out the votes of tens of millions of Americans. Court after court has determined that its factual allegations are false. The complaint asks the Supreme Court to simply ignore the voters in several states and order legislators in those states to replace the voters’ choice with their own. This represents a profound and outrageous rejection of democracy with no precedent in our nation’s history. It would also violate some of our nation’s most basic constitutional principles, including federalism and respect for state law. It frankly saddens me that our amicus brief is even necessary, but know that I will do whatever is necessary to protect people’s right to vote.”