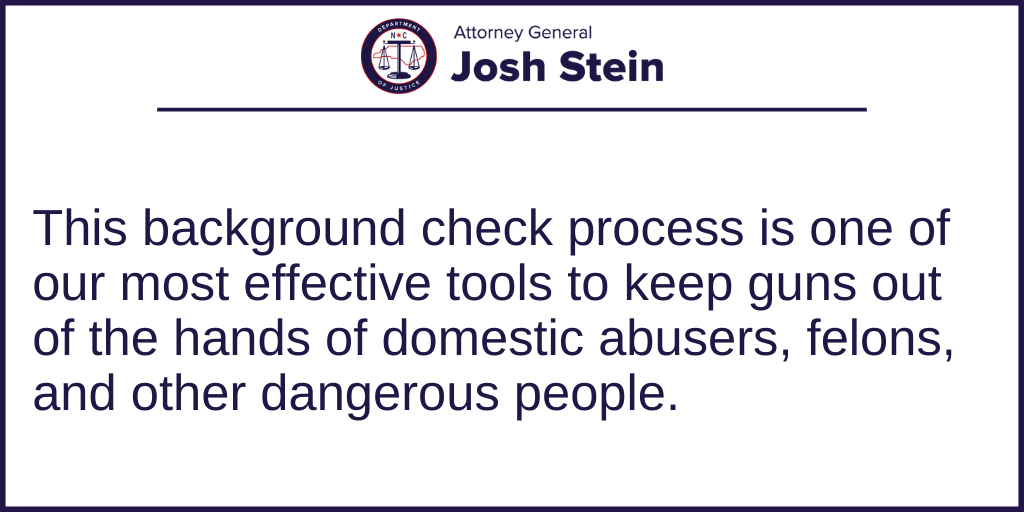 (RALEIGH) Attorney General Josh Stein today released the following statement on the Pistol Purchase Permit Repeal (HB 398), which would eliminate the sheriff’s background check before granting a permit to a person before they can purchase a pistol:

“When sheriffs grant or deny permits to people to purchase a pistol, they do so after considering the risk that person might pose to their community. This background check process is one of our most effective tools to keep guns out of the hands of domestic abusers, felons, and other dangerous people. However, this bill would remove sheriffs’ role in granting permits, taking away their ability to protect the people in their communities and making it easier for people who are dangerous to buy pistols.”

“We’ve seen this experiment fail in other states. Two years after Missouri’s permit to purchase law was repealed, the firearm homicide rate spiked by 25 percent, and the firearm suicide rate went up by 14 percent. Our job is to do everything in our power to protect the people in our state. This bill would do the opposite – I urge legislators to consider the serious threat to public safety this legislation carries and reject it.”