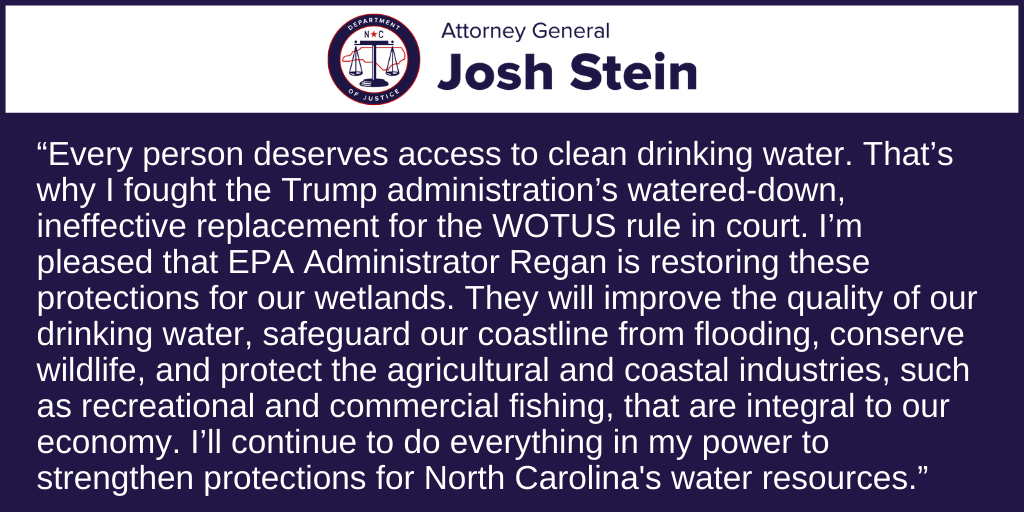 (RALEIGH) Attorney General Josh Stein today released the following statement after the Environmental Protection Agency (EPA) and the U.S. Army Corps of Engineers announced that they were re-instating a 2015 interpretation of the Waters of the United States (WOTUS) rule under the Clean Water Act.

“Every person deserves access to clean drinking water. That’s why I fought the Trump administration’s watered-down, ineffective replacement for the WOTUS rule in court.

“I’m pleased that EPA Administrator Regan is restoring these protections for our wetlands. They will improve the quality of our drinking water, safeguard our coastline from flooding, conserve wildlife, and protect the agricultural and coastal industries, such as recreational and commercial fishing, that are integral to our economy. I’ll continue to do everything in my power to strengthen protections for North Carolina’s water resources.”