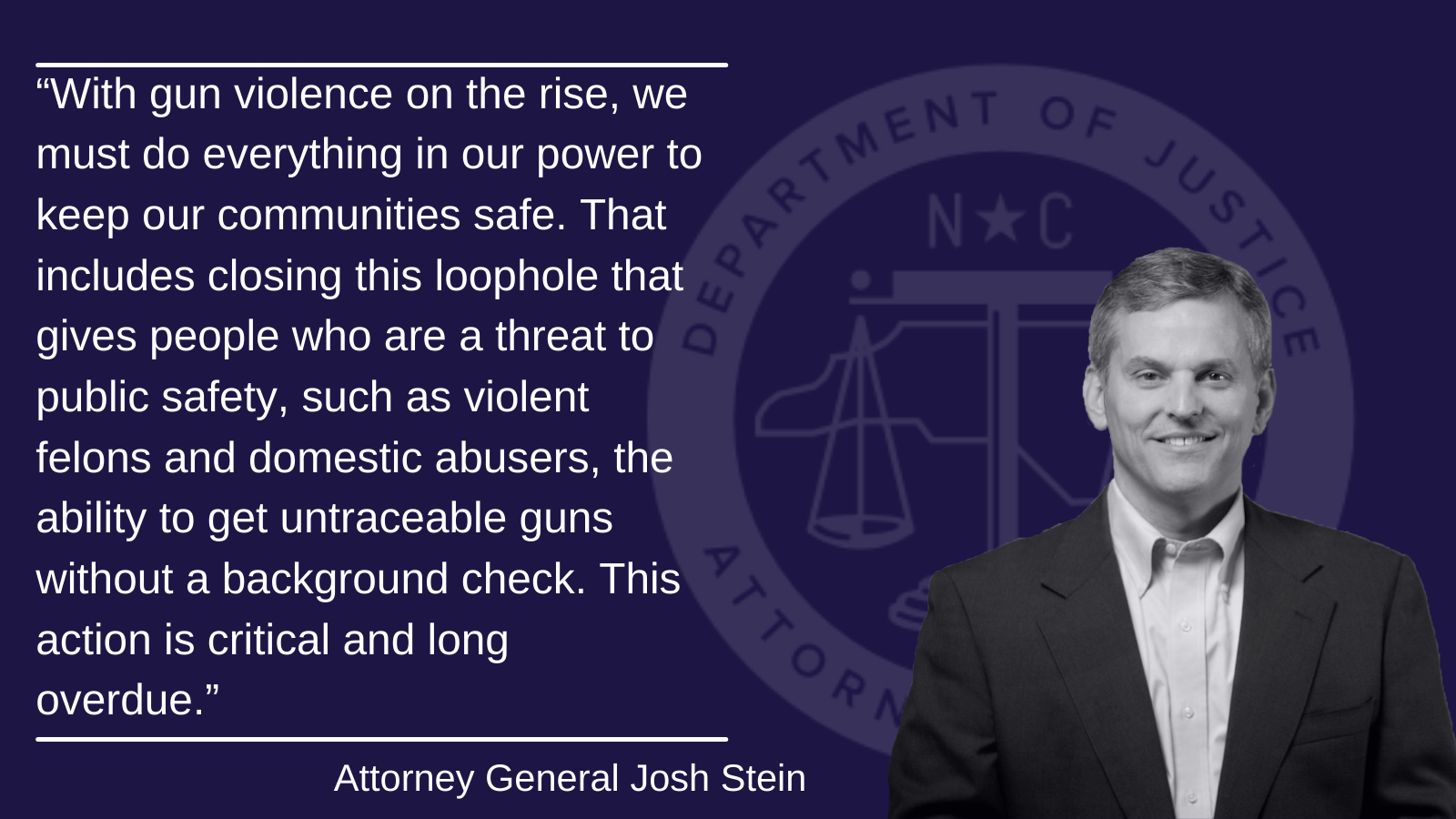 (RALEIGH) Attorney General Josh Stein today filed an amicus brief supporting a new federal rule closing the “ghost gun” loophole. Ghost guns are weapons without serial numbers that are purchased without background checks. They are often made at home from purchased weapon parts kits or partially complete frames and receivers. The rule would help ensure that buyers pass background checks before purchasing such kits and that law enforcement officers can trace any self-made guns that are later used in a crime. It would also limit gun traffickers’ ability to distribute these dangerous weapons into North Carolina.

“With gun violence on the rise, we must do everything in our power to keep our communities safe,” said Attorney General Josh Stein. “That includes closing this loophole that gives people who are a threat to public safety, such as violent felons and domestic abusers, the ability to get untraceable guns without a background check. This action is critical and long overdue.”

In 2021, law enforcement across the country recovered and reported about 20,000 suspected ghost guns in criminal investigations. Absent federal enforcement, these dangerous weapons have continued to proliferate throughout the states.

The final rule from the Bureau of Alcohol, Tobacco, Firearms, and Explosives (ATF) will help clarify critical definitions in the Gun Control Act and close a dangerous loophole that allowed people to evade existing gun laws and get ghost guns. It will make clear that weapon parts kits and partially complete frames or receivers—the key building blocks for ghost guns—are “firearms” under the Act if they can be readily converted to function as such. This update means that these kits and partially complete frames or receivers are subject to the same serialization and background check requirements as conventionally manufactured guns.