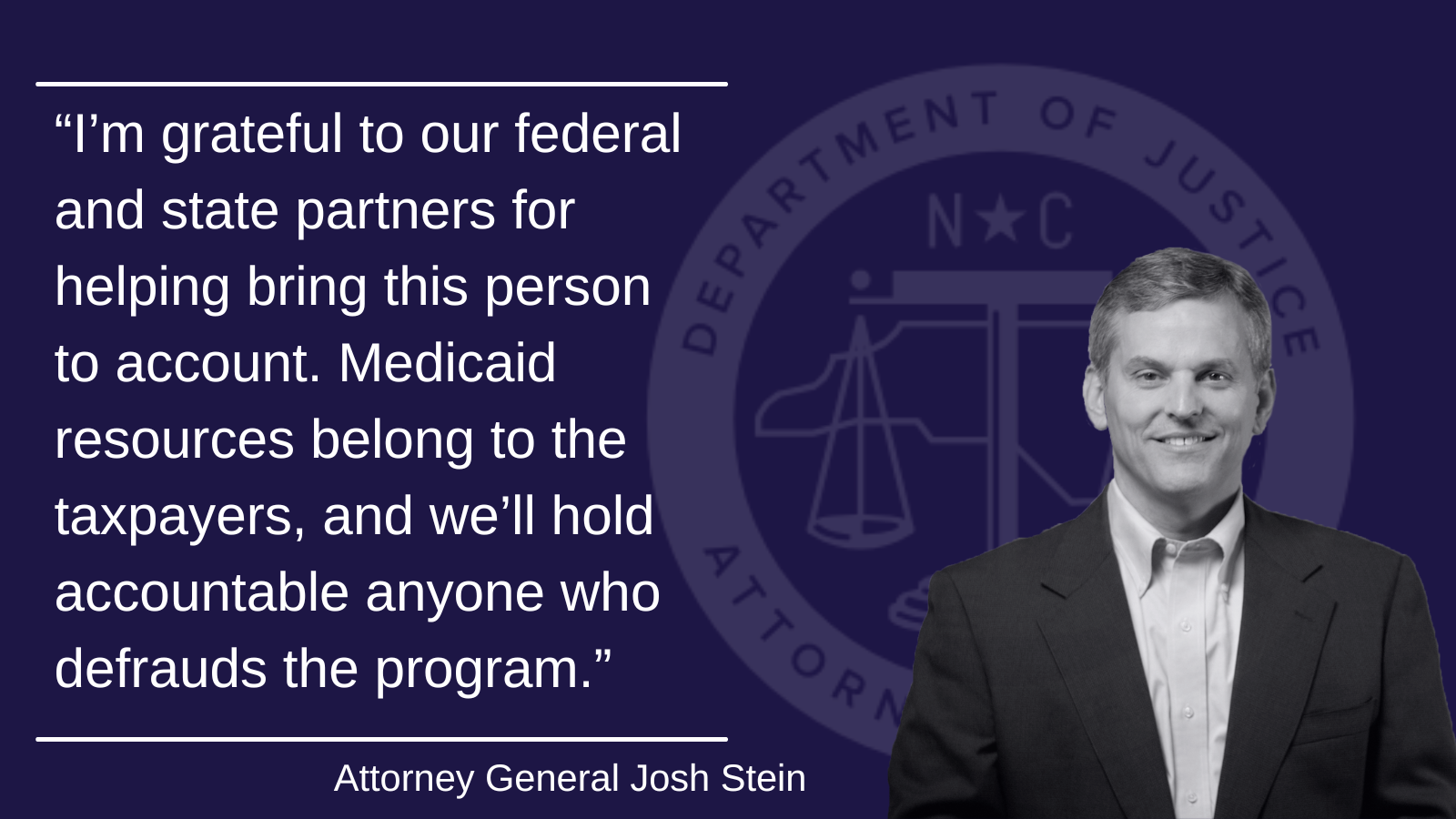 “I’m grateful to our federal and state partners for helping bring this person to account,” said Attorney General Josh Stein. “Medicaid resources belong to the taxpayers, and we’ll hold accountable anyone who defrauds the program.”

From January 2016 to August 2019, Booker and his co-conspirators defrauded the North Carolina Medicaid program of more than $11 million. Jordan would recruit people who were Medicaid eligible for housing and other programs and services. They would require beneficiaries to submit urine samples when they enrolled in the program, and they provided the samples to Booker and UDL for testing that wasn’t medically necessary. Booker paid illegal kickbacks to Jordan and others in exchange for these urine samples. Booker and Jordan also laundered the proceeds to conceal and disguise the nature and source of the illegal kickback payments.

The Attorney General’s MID investigates and prosecutes health care providers that defraud the Medicaid program, patient abuse of Medicaid recipients, patient abuse of any patient in facilities that receive Medicaid funding, and misappropriation of any patients’ private funds in nursing homes that receive Medicaid funding. To date, the MID has recovered more than $1 billion in restitution and penalties for North Carolina