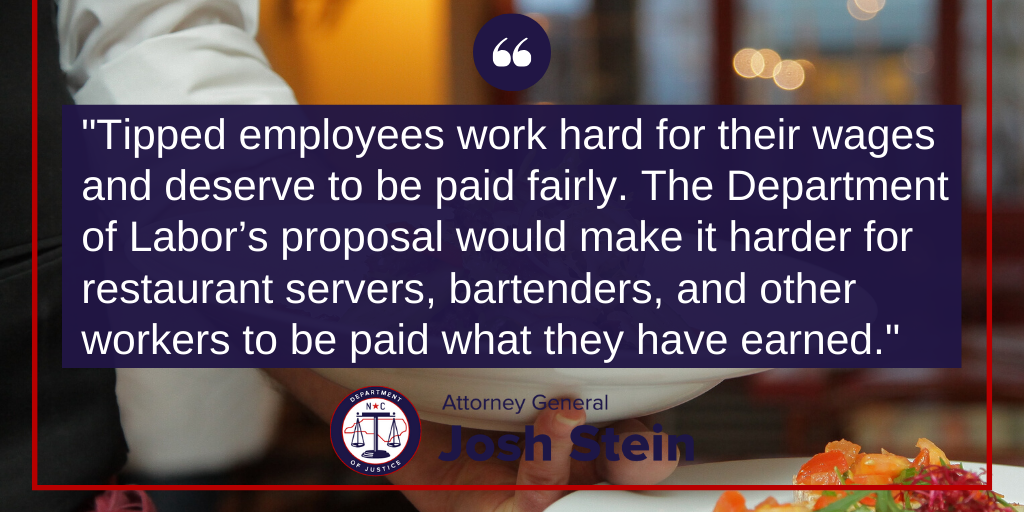 “Tipped employees work hard for their wages and deserve to be paid fairly,” said Attorney General Josh Stein. “The Department of Labor’s proposal would make it harder for restaurant servers, bartenders, and other workers to be paid what they have earned.”

In their comment letter, the attorneys general explain that the proposed rule would further erode the already low wages of tipped workers, leaving them vulnerable to wage theft. The coalition further argues that the proposal is contrary to the purpose of the Fair Labor Standards Act to protect workers and that the DOL did not abide by the Administrative Procedure Act by failing to examine the proposal’s impact on wages and increased reliance on social safety net programs.