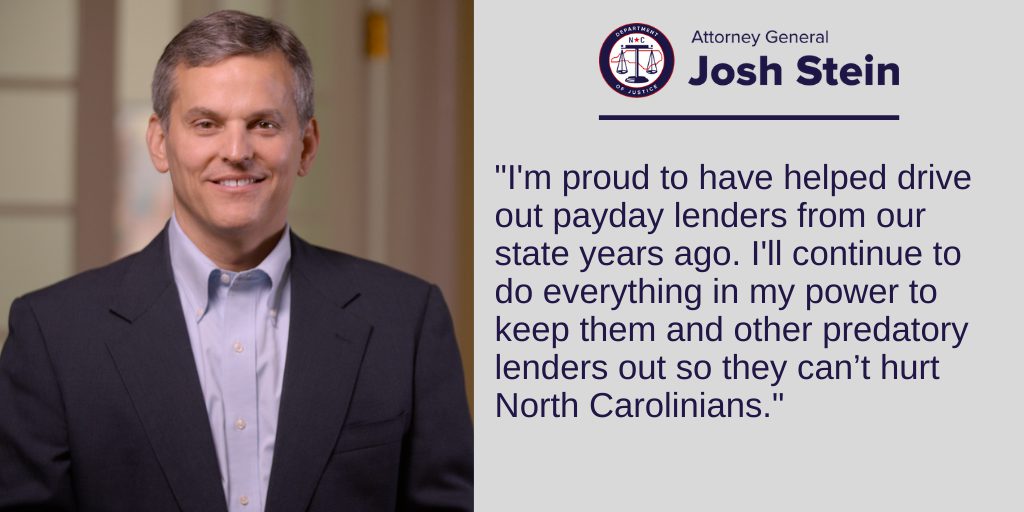 (RALEIGH) Attorney General Josh Stein today released the following statement after the U.S. House of Representatives passed a resolution repealing the True Lender rule. The resolution will now go to President Biden for his signature.

“I’m grateful to Congress for voting to repeal the so-called True Lender rule, which lets predatory lenders evade North Carolina’s interest laws and charge sky-high loan interest rates to borrowers. Their tactics are unlawful and harmful and have buried thousands of North Carolinians in debt. We’re one step away from getting rid of this unlawful rule that protects loan sharks instead of hard-working people who are simply trying to make ends meet.

“I’m proud to have helped drive out payday lenders from our state years ago. I’ll continue to do everything in my power to keep them and other predatory lenders out so they can’t hurt North Carolinians.”

Attorney General Stein previously testified before the U.S. Senate Committee on Banking, Housing, and Urban Affairs urging Congress to reverse the True Lender rule, and sued the Trump administration to block its implementation.