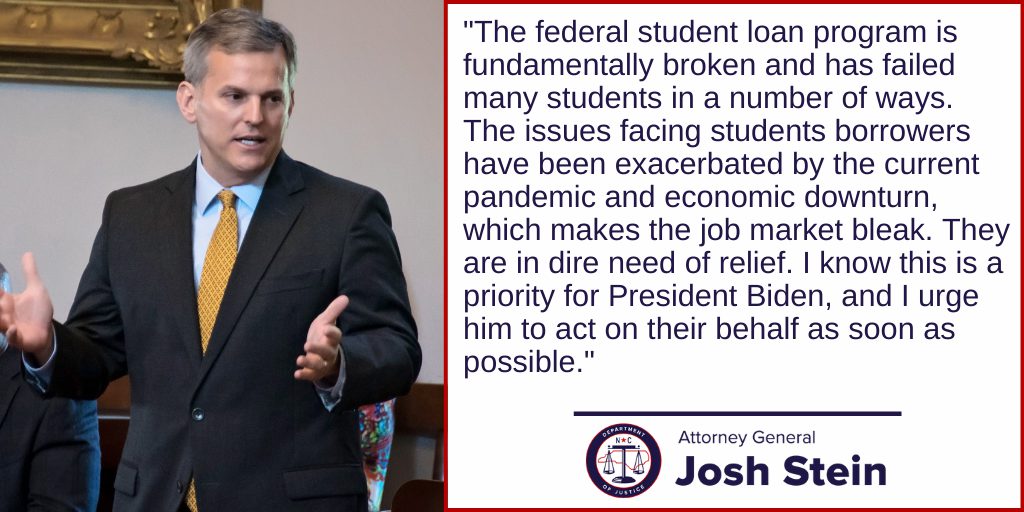 “The federal student loan program is fundamentally broken and has failed many students in a number of ways,” said Attorney General Josh Stein. “The issues facing students borrowers have been exacerbated by the current pandemic and economic downturn, which makes the job market bleak. They are in dire need of relief. I know this is a priority for President Biden, and I urge him to act on their behalf as soon as possible.”

In his letter, Attorney General Stein points out several ways students have been harmed by the federal student loan process:

It is estimated that 40 percent of recent student borrowers who have debt have no degree to show for it, which significantly hinders their ability to pay.