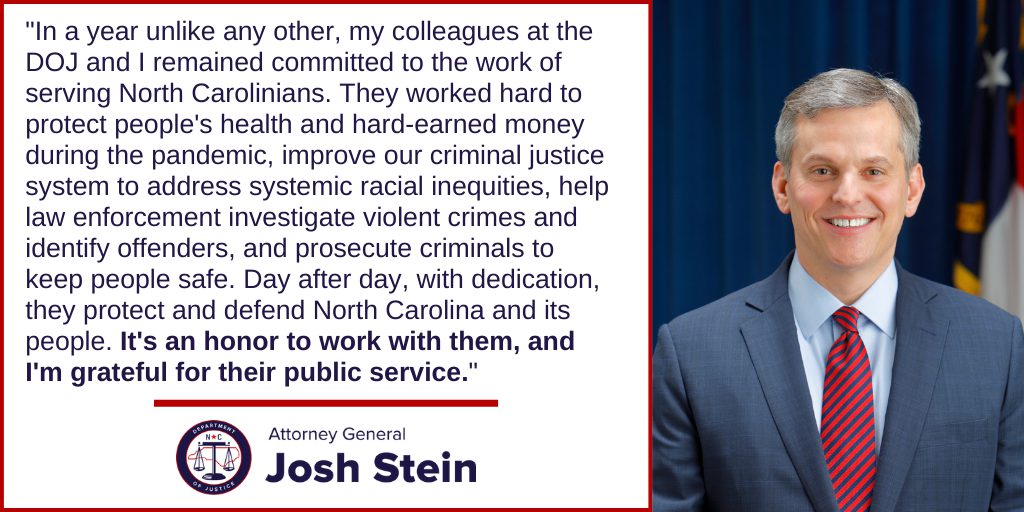 (RALEIGH) Attorney General Josh Stein today shared the top 10 consumer complaints that the North Carolina Department of Justice received in 2020 as he released the department’s 2020 annual report. The report discusses NCDOJ’s work to protect the people of North Carolina from scams and fraud, defend the state, fight crime, provide assistance to North Carolinians, and defend their rights.

“North Carolinians were inundated with robocalls in 2020,” said Attorney General Josh Stein. “Scammers use them to try to trick and scare people out of their hard-earned money, so I’m asking people to report them at www.ncdoj.gov/norobo. My office will continue our fight to shut down robocallers and bring back peace of mind to North Carolinians. And we’ll do everything in our power to hold accountable those who defraud and scam hard-working people.” 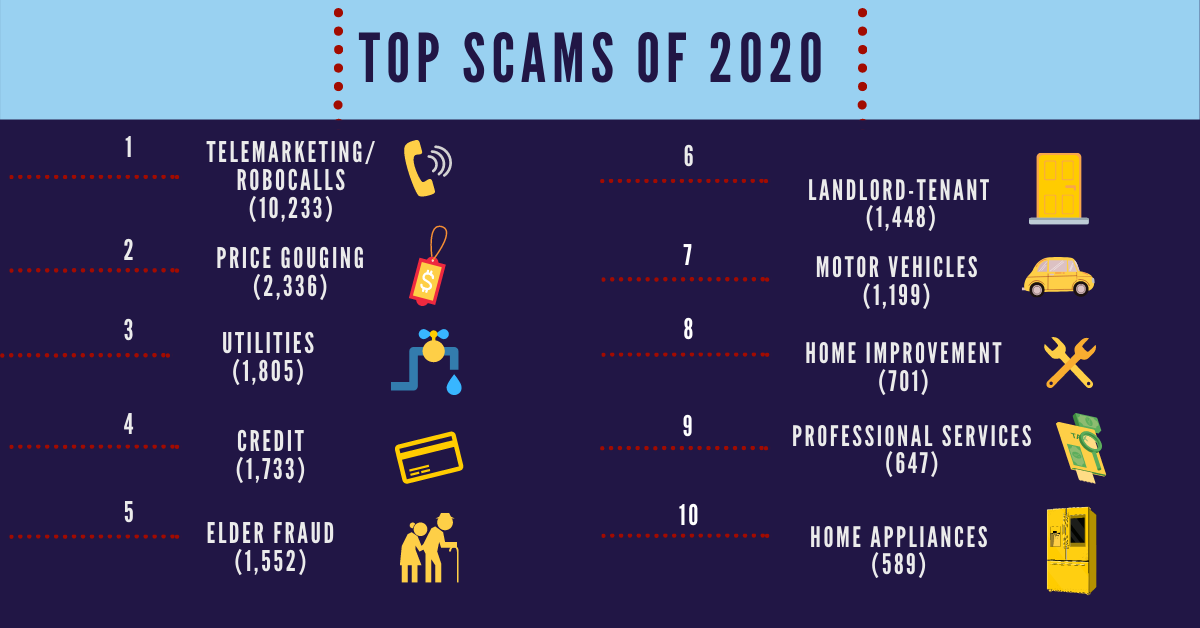 Because so many scams originate through robocalls, Attorney General Stein created the Robocall Report Task Force in 2020. You can report robocallers online at www.ncdoj.gov/norobo or through NCDOJ’s robo-report hotline (1-844-8-NO-ROBO). In December, Attorney General Stein reached a $210 million settlement with Dish Network for engaging in illegal nationwide telemarketing that violated do-not-call laws. North Carolina will receive $13,986,000 – the largest penalty ever obtained in state history over such violations. In June, he sued Texas robocallers who allegedly made more than 75 million robocalls to North Carolina phone users, including more than 34 million calls to numbers on the national Do Not Call Registry.

In 2020, NCDOJ received 31,019 consumer complaints, filed 11 consumer protection lawsuits, won 23 judgments and settlements with nearly $65 million in restitution and recoveries, and won back close to $1 million for consumers through our informal complaint mediation process.

“In a year unlike any other, my colleagues at the DOJ and I remained committed to the work of serving North Carolinians,” said Attorney General Josh Stein. “They worked hard to protect people’s health and hard-earned money during the pandemic, improve our criminal justice system to address systemic racial inequities, help law enforcement investigate violent crimes and identify offenders, and prosecute criminals to keep people safe. Day after day, with dedication, they protect and defend North Carolina and its people. It’s an honor to work with them, and I’m grateful for their public service.”