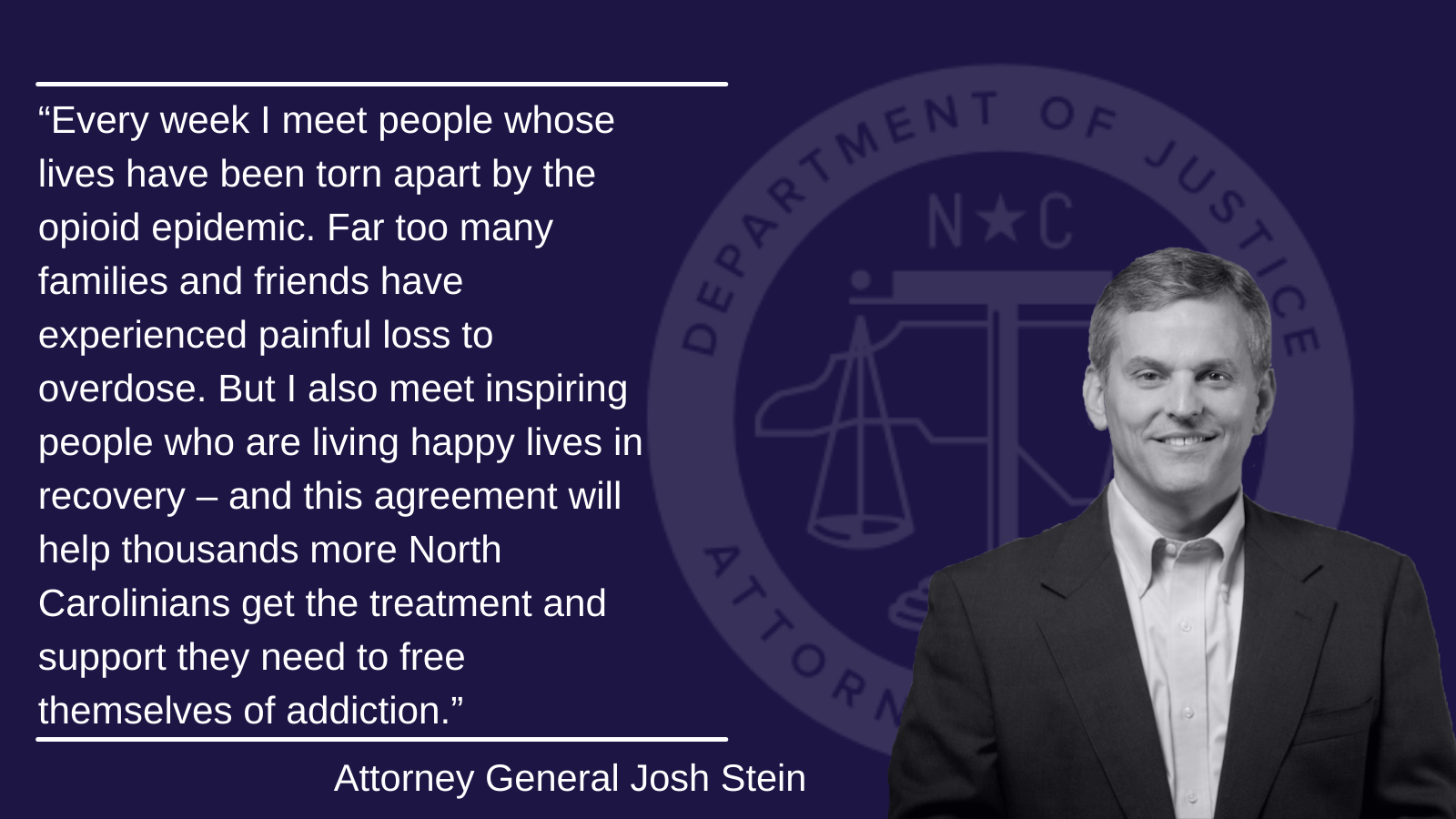 (RALEIGH) Attorney General Josh Stein today announced that he has reached an agreement in principle on key financial terms with opioid maker Teva, which would provide up to $4.25 billion to participating states and local governments.

“Every week I meet people whose lives have been torn apart by the opioid epidemic,” said Attorney General Josh Stein. “Far too many families and friends have experienced painful loss to overdose. But I also meet inspiring people who are living happy lives in recovery – and this agreement will help thousands more North Carolinians get the treatment and support they need to free themselves of addiction.”

Teva, an Israel-based drug manufacturer, makes Actiq and Fentora, which are branded fentanyl products for cancer pain, and a number of generic opioids, including oxycodone. While critical details of the settlement remain the subject of ongoing negotiations, Teva disclosed the key financial terms in its earnings announcement Wednesday.

The parties have agreed on the following financial terms:

In addition to North Carolina, the negotiations are being led by Iowa, California, Illinois, Massachusetts, New York, Pennsylvania, Tennessee, Texas, Vermont, Virginia, and Wisconsin. While New York is among the 12 states that negotiated this proposed settlement framework, Teva and New York are still engaged in further negotiations.