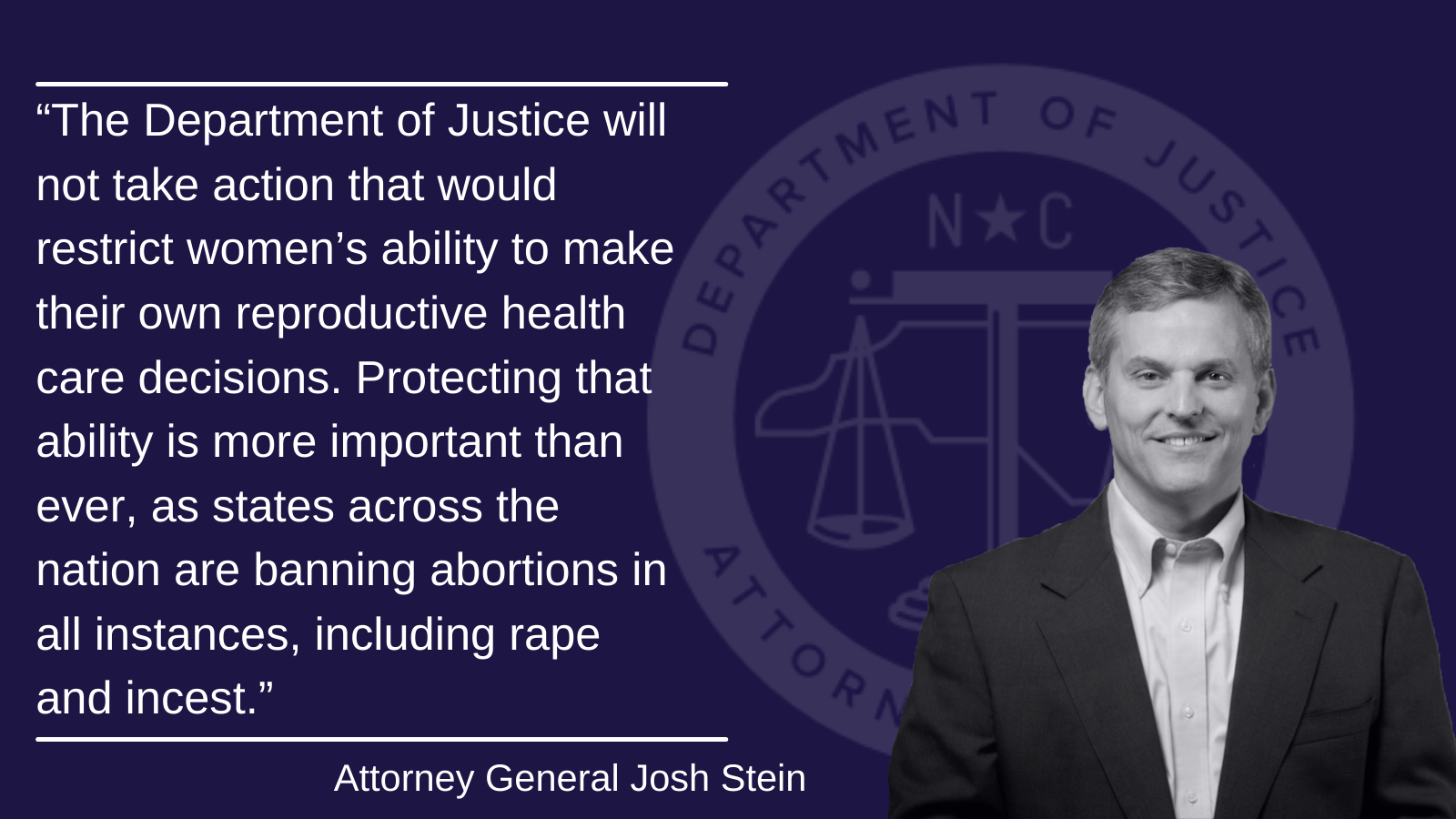 (RALEIGH) Attorney General Josh Stein today released the below statement about his office’s decision not to move to have the injunction lifted in Bryant v. Woodall. Legislative leaders wrote Attorney General Stein earlier this month, urging him to take action with the court that would limit women’s reproductive freedoms in North Carolina.

“The Department of Justice will not take action that would restrict women’s ability to make their own reproductive health care decisions,” said Attorney General Josh Stein. “Protecting that ability is more important than ever, as states across the nation are banning abortions in all instances, including rape and incest.”