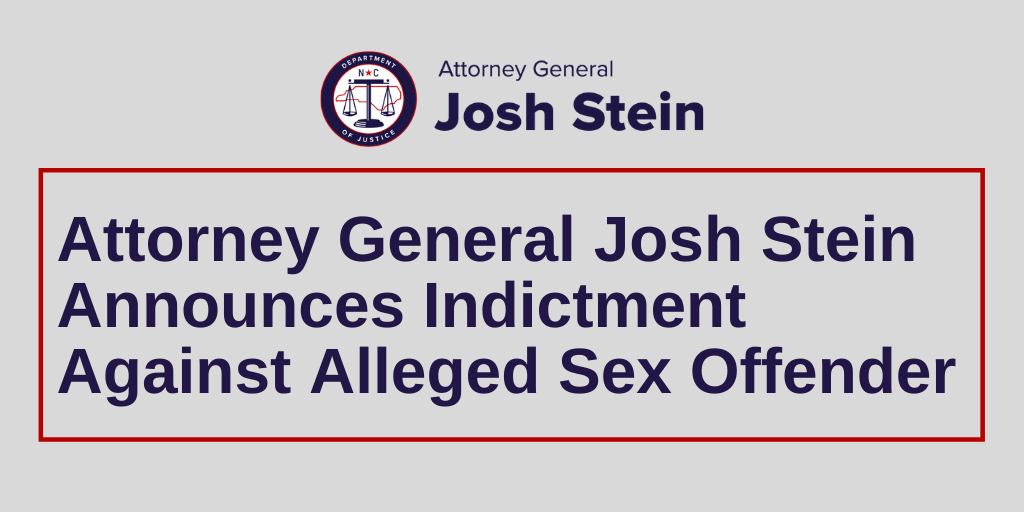 (RALEIGH) Attorney General Josh Stein today announced that the New Hanover County Grand Jury returned a 17-count bill of indictment charging Peter Michael Frank with first-degree sexual offense, statutory sex offense with a person who is 13, 14, or 15, sexual activity with a student, indecent liberties with a child, and indecent liberties with a student.

The indictment alleges that Frank committed these crimes while he was a teacher at Roland-Grise Middle School in Wilmington and his victim was a minor and a student at the same school. The incidents allegedly occurred between September 1998 and August 2000.

This indictment contains allegations only and any criminal defendant is presumed innocent until proven guilty.