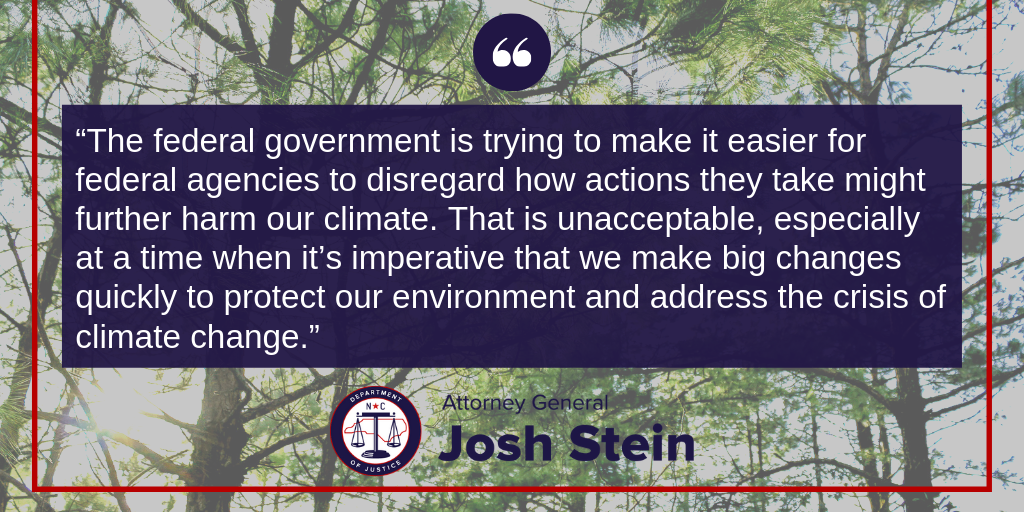 “The federal government is trying to make it easier for federal agencies to disregard how actions they take might further harm our climate,” said Attorney General Josh Stein. “That is unacceptable, especially at a time when it’s imperative that we make big changes quickly to protect our environment and address the crisis of climate change.”

NEPA requires that before a federal agency undertakes a major federal action that would have a significant impact on the quality of the human environment, the agency must consider the environmental impacts of the proposed action, alternatives, and any available mitigation measures. Nearly every federal action must be NEPA-compliant. In its new guidance, the Trump administration is attempting to revoke the requirement that agencies consider greenhouse gas emissions and climate change as part of this decision-making process.

The coalition of attorneys argue in their letter that the CEQ guidance: